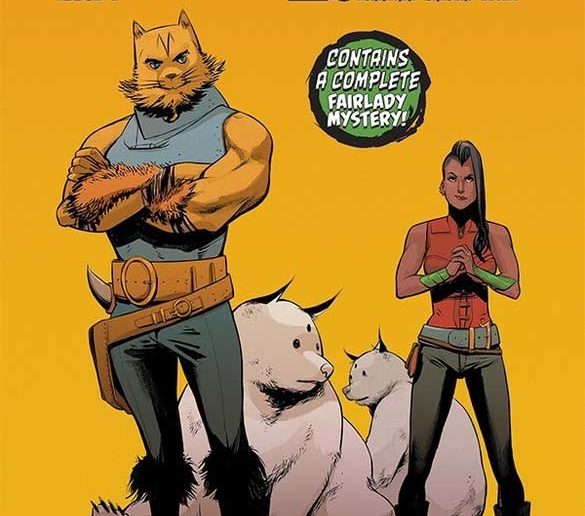 In Fairlady, after posing as a man to join the army, Jenner Faulds returns home to The Feld for a new start as a “Fairman”—a specially licensed private investigator. But sexism didn’t end on the battlefield, and as the only “Fairlady,” Jenner gets stuck with the cases nobody else wants. Hitting the streets to solve The Feld’s overlooked mysteries, Jenner finds that the smallest cases hide the biggest secrets.

“I realized that there wasn’t a fantasy series that focused on a female private detective, and then I realized how much I needed that to be a thing,” said Schirmer in a press release to the press. “I took a love of ’70s and ’80s shows like Magnum, P.I. and The Rockford Files, poured that into a big bowl of Middle Earth, and added dashes of China Miéville, Michael Moorcock and Mignola, and Barbarians Conan and Thundarr. Then we dropped in a tough outsider in the form of our protagonist, Jenner Faulds, the land’s only female private investigator. Let the limitless stories begin!”

You had me at Rockford Files… No, seriously, I’m going to be all over this book when it arrives in April. 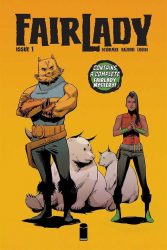 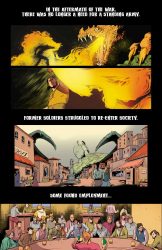 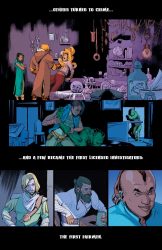 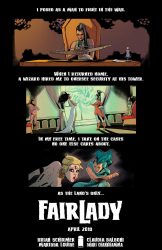