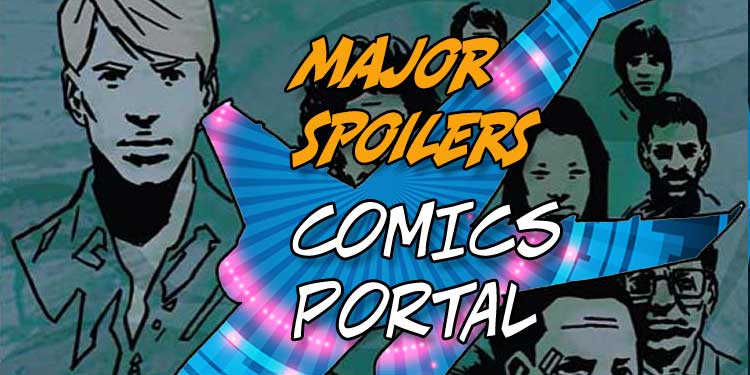 Once your comic book or OGN has been published, don’t get discouraged if nothing happens with it for a while. If it’s really good, it just might get translated to the big or small screen at some point.

That’s the lesson from BOOM! Studios’ Talent, which is now being turned into a weekly TV series, according to Deadline: Hollywood. It was created by Christopher Golden and Tom Sniegoski.

SO, WHAT’S THE STORY BEHIND THIS NEWS? Let me quote a few important paragraphs from the story:

The broadcast network has partnered with BOOM! Studios, the comic book publisher behind the graphic novel, Neil Moritz and his Original Films firm and Sony Pictures Television to develop it as a one-hour drama. Fox has committed to a script with a significant penalty with an eye on a straight-to-series order.

What is the story’s basic premise?

Talent follows Nicole Dane, who wakes up in a hospital and learns she is the sole survivor of a tragic accident that claimed the lives of 148 people. As rumors around her ‘miraculous’ survival begin to swirl, Dane discovers she has inherited the talents of those who perished. Armed with these new abilities, she must use her second chance to bring closure to their unfinished stories and solve the mystery of the accident, all while trying to escape a past that continues to haunt her.

Here’s what the network had to say:

Michael Thorn, President of Entertainment at Fox Broadcasting Company, said, ‘When I first read Talent, I was immediately hooked, as it took me on an incredible journey I’ll never forget. This project accomplishes two professional goals of mine: work again with Graham Yost, one of the finest creators in the business; and transition Talent from feature development into the world to television. In Graham, Neal Moritz, Sony and Boom, we have the perfect partners who have the vision to bring this fantastic story and its characters to life as we take these important steps in building future Fox. I actually own two copies of the smaller-version graphic novel, which was printed in 2007. I read Talent when it first came out because the premise really gripped me.

Of course, the TV show has made some changes, but not necessarily bad ones.

For example, in the graphic novel, it’s Nicholas Dane, not Nicole. Since I’m a big believer in strong female leads, that’s cool. I’ll also be intrigued to see if Nicole ends up being a woman of color, although at this point, I doubt it.

Also, in the comic, Nicholas is found alive, sitting with his seat belt on after the plane has been underwater for days as the recovery crew divers gets to it. I’ll never forget the panel in which the diving crew shines their light into the plane to see him yelling at them. CAH-REEPY! I’m actually sorry it seems they’re taking that sequence out, but it may be too much for TV audiences to see.

Also in the comic, the folks who destroyed the plane are chasing Nicholas. Thankfully, the lead has “talents” beyond his own to draw on, giving that person the skills needed to survive and solve the mystery.

It’s also a story where mysterious government-like cabals are trying to influence the situation, and they throw a twist or two into the story along the way.

There’s also the opportunity to have the person whose “talents” the lead is using appear to him or her, perhaps even offering advice along the way. I’d enjoy seeing that!

More than that, I won’t get into the book. I don’t want to say, though, that I LOVED it tremendously, which is why I keep two copies just in case one should get damaged. It’s excellent!

WHAT ABOUT THE COMICS INDUSTRY? Of course, this situation has meaning for the industry itself.

You create a great story you believe in, then nothing happens… at least, for a while. It fascinates me that I’m seeing more and more comics companies bringing on board people who can promote their wares to TV- and movie-makers. Let’s be real here—there are a LOT of high-octane stories that would translate to the small or big screen well.

Still, we need to remember that what makes this possible is a great story in a well-made comic. If comics companies lose sight of that, well, they’re done for.

I’m reminded of the OGN called Rest that came out from Divide and Top Cow Productions, with the collected edition printed in 2010. The idea behind the book was, What would your life be like if your body didn’t need to sleep? Some folks attain that status in the series, and they become leaders in the world. It was done by Mark Powers, Shawn McManus, Marco Castiello, and Abhishek Malsuni. It had an introduction by Milo Ventimiglia and Russ Cundiff.

I loved the premise and the story so much that I have 3 copies on my bookshelf. I enjoyed it that much.

Since that was printed, I’ve seen several movies and even a TV show or two dealing with this concept. Whether they were influenced by Rest or not, I can’t say. However, I often think that if the story had not come out as a comic, we wouldn’t have seen the other forms of the tale we did.

So, if your story is a great one, I’d say, be patient and be sure to get the word out about it. Your comic book just might hit TV screens of movie theaters when the time is right!

What do you think? Do live-action versions of comics attract your attention? Are there stories you know would make great movies or television shows? If you are a creator who has been lucky enough to have your story optioned, how did that affect you? Feel free to share your thoughts below!