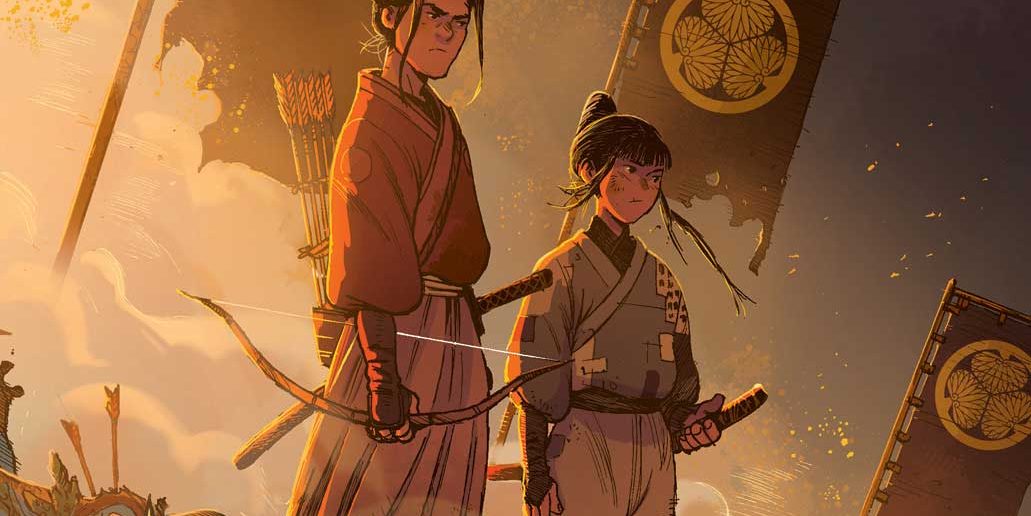 By Stephen Schleicher on February 7, 2019 0 Comments

BOOM! Studios sent Major Spoilers this early look at Ronin Island #1, a new mini-series from writer Greg Pak and artist Giannis Milonogiannis. You’ll want to take the jump, because the art is breathtaking!

After a mysterious attack devastates a great swath of 19th century Japan, Korea, and China, survivors from all three lands find refuge on a hidden island and build a new society. Hana, the orphaned daughter of Korean farmers, and Kenichi, son of a great samurai leader, have little in common except for a mutual disdain for each other. But these young warriors will have to work together when an army invades the island with shocking news: the Shogun has returned and the Island is expected to pay fealty in exchange for protection from a new threat…a mutated horde that threatens to wipe out all of humanity.

“Greg and Giannis have blended iconic elements of the samurai genre with supernatural horror to explore the best and worst instincts of human nature.” said Cameron Chittock, Editor, BOOM! Studios in a press release. “They’ve crafted an ambitious story, filled with stunning action set pieces as our two young heroes grapple with what they believe in the face of an unthinkable war.”