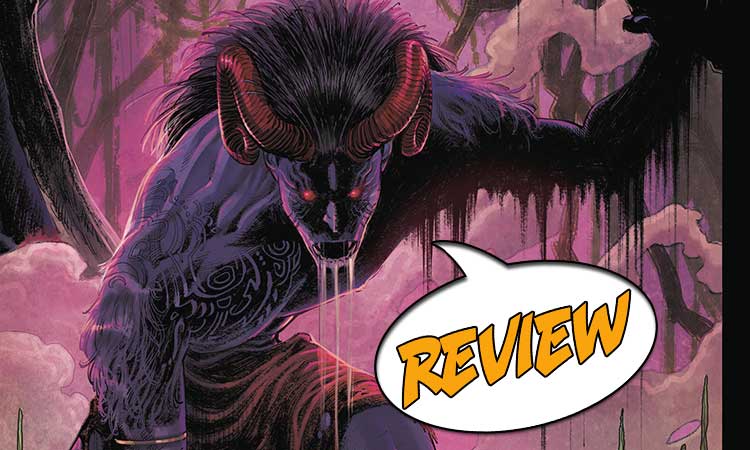 Like chess pieces on the board, Prince Vikram and Bishan are drawn into the conflict with England and the East India Company, and Count Grano arrives in India. Who will survive? Previously in These Savage Shores: Zachariah Sturn (a vampire hunter) has come to India in pursuit of Alain Pierrefont. But Alain is dead. Zachariah decides to go after his murderer, whom he assumes is Prince Vikram. Hyder Ali also hears of Pierrefont’s death, and realizes this could cause problems for him. He arranges a meeting with Prince Vikram. In Vikrampura, there is a hunt for a leopard, a man-eater. Bishan is on the hunt, and Zachariah Sturn is in the shadows, hunting the Prince. As the Prince shoots the leopard, Sturn shoots the Prince, only to have Bishan reveal himself as something supernatural and interpose, taking the crossbow bolt. At the same time back in London, Pierrefont’s patron, Count Grano, receives word that Alain is dead.

THE INEXORABILITY OF TIME AND THE COST OF BETRAYAL

These Savage Shores #3 is both suspenseful and spellbinding. It turns our expectations around and makes some deeper points that make us think, or even savor. We begin again with a letter, this time from Hyder Ali to Prince Vikram. This unfolds so beautifully – the letter is like a voice-over that fills in a bit more background, voiced formally and every so politely, even while it pointedly indicates that the Khan is pulling in favors he is owed. This is set cinematically over scenes of Prince Vikram traveling to this parlay, as well as England preparing for war in India.

Then we go back to London and follow the Portmaster of the East India Company as he locks up and walks home. He is waylayed on the streets and dragged off into the shadows much as a leopard drags off its prey. He is taken to perhaps a warehouse where he meets Count Grano, who opens with a fascinating speech about betrayal, which he puts into the context of religion and the impossibility of living life without sin. He ties into his own life, of being unwanted by God, of being a vampire. Then he focuses this in on the Portmaster – to find out if, by any chance, he might have betrayed Pierrefont? Without being bloody and blatantly violent, this is terrifying. It’s also a brilliant way to show us a lot about Count Grano in a way that is utterly relevant to the story.

Hyder Ali and Prince Vikram meet, and the Prince does not agree to help him. He has already lost many men to war, including his father, and he feels the Sultan has brought this conflict on himself. But the wily Hyder Ali has another card to play. He identifies Bishan as Zamorin, the true king of the Zamorin, the ever-living Raakshas. Hyder Ali knows Bishan has the power to win his war for him. Bishan wants no part of this. But, the Sultan says, should he lose, Prince Vikram will be next. These other men are fighting for profit, not for what is right. He succeeds in manipulating Bishan – and therefore Prince Vikram – into helping him.

Prince Vikram’s men go off to war, Bishan included. Kori refuses to see him off and say good-bye. The Prince orders him to come back.

Time passes, because this is the 18th Century. Prince Vikram’s army has made camp, and Bishan writes to Kori. In his letter, we learn more about Kori. When she was a child, Bishan would sit on the temple steps and tell stories to the children, and it was there she first asked him how he was made. His tales of Raakshas frighten the other children, but not her. Over the years, they grow closer, and it is important to him that she feels he is a good man. This is important.

More time passes. Count Grano arrives in Calicut, looking for Zachariah Sturn. A dispatch from Colonel Smith reveals the utter rout of Prince Vikram’s army. The reinforcements Hyder Ali had agreed to send never arrived, and the English troops wiped them out. Bishan bends over one of the wound, apologizes, and eats his heart. The soldiers shoot him several times and he falls, but we see, in the last panel, that he is not dead.

I love the way the story is unfolding. It is crucial here to remember the time period, because this is in an age where news travels slowly. Not only that, but incorrect or even false information can be sent, and any corrections of updates will also take an excruciating amount of time. People have their own paths that we can see will cross eventually – they must. We just don’t know exactly how and when they will. This is a tour de force in storytelling.

ELEGANT LAYOUTS AND EXCELLENT SENSE OF PLACE AND TIME

It is interesting to look over the pages of These Savage Shores #3. The layout is based on the nine-panel layout, but it hardly ever simply uses nine panels. There are many ways to use that space on the page, and it is used to great effect, drawing our eye, focusing on small details, revealing scenic panoramas. As I mentioned earlier, it is very cinematic in flavor.

Light and shadow are important. The light in India is often bright, so bright that some of the scenes almost look as though they are in a haze of light. But so strong a light yields very dark shadows. Is this meant to symbolize the way light and darkness often represent good and evil? In this book, I think it’s more complicated than that, but there is no doubt that the shadows we see heighten the emotions of the characters. Young Prince Vikram is a prime example of that here. He takes his responsibility as a leader very seriously, but is hardly more than a child, and we see that intensely.

The scenes with Count Grano take place at night, again, a time of interesting shadows, especially since the only light is from lanterns, fires, and so forth. Count Grano looks every inch the gentleman, but in the dark we see that his eyes glow red. I do love the way the dark scenes are lit in this book because they do look as though they’re lit by fire.