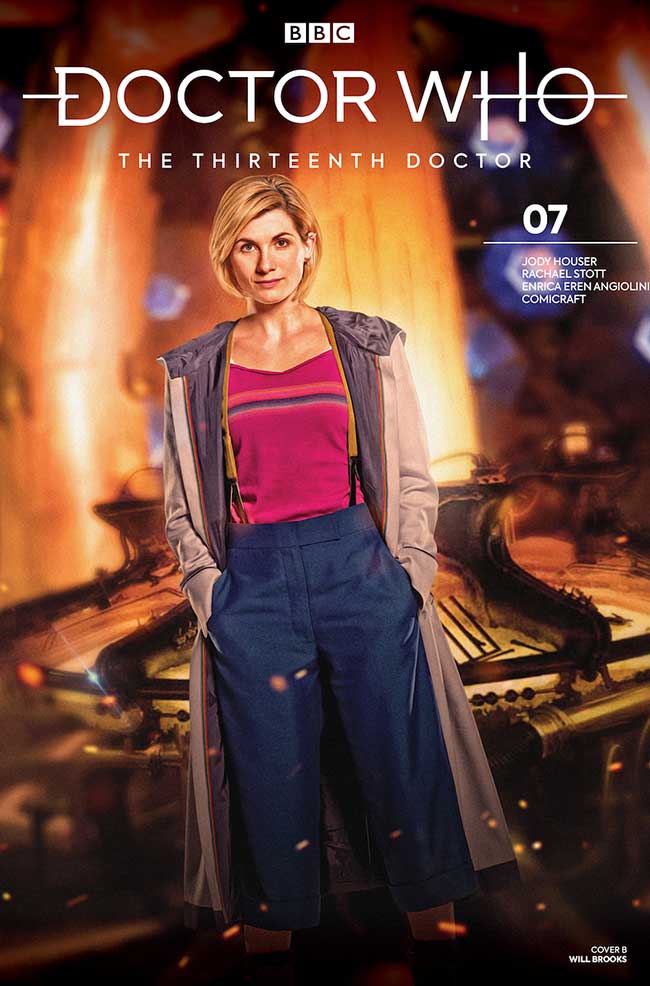 The breakout characters of Despicable Me (and their own movie, Minions) wander history from Neanderthals to Napoleon, in search of a new evil boss! The fan-favorite hunter Eileen the Crow discovers a truth that may drive her mad, in this acclaimed run from writer Aleš Kot (Generation Gone, Days Of Hate, Wolf) and artist Piotr Kowalski (Dark Tower, Robocop, Sex)! This acclaimed comic series continues the story of Max and Chloe, beloved heroines of the first Life is Strange game!

Catch up with a special comic pack of issue #1-4, limited to 350 packs and featuring the fan-favorite T-shirt design covers from the video game!

The smash hit Life is Strange comic returns in March Previews with a new story! When white-collar everyman Joe Hayward confronts the government agent sleeping with his wife, he’s plunged into a terrorist plot that will bring Philadelphia to its knees – with just two hours until everyone dies! A man forced into slavery seeks bitter revenge on those who stole his freedom! Fabien Nury, award-winning writer of best-sellers The Death of Stalin and Tyler Cross, tells a new story for fans of Django Unchained, illustrated by award-winning artist Bruno!

Atar Gull is a prince among his people – until he is kidnapped by the ruthless Captain Brulart. Shipped to Jamaica and sold like livestock, he suffers pain, loss, and humiliation – but Atar Gull is a patient man, and his revenge will be served cold indeed. Every thug and thief on the Blood Coast is out to get Maxim Maresh, but the exiled prince of Red London has a perfect plan: join the Night of Knives, an annual trial sure to prove his mettle! The only problem? Almost no-one survives the night…

A new artist for a new story: Budi Setiawan (The Raid, Rex Royd)! Catch up with New York Times bestseller V.E. Schwab, in this complete collection of the first story in her acclaimed Shades of Magic comic!

Limited to 250 copies, The Steel Prince Comic Pack collects Shades of Magic #1-4, plus the final copies of the SDCC-exclusive Shades of Magic Ashcan, which includes concept art, creator interviews, and setting material! Tank Girl and the gang are back in the first ever Tank Girl ongoing series!

Tank Girl sets off to find her ailing mother, in a road trip through the insane, irradiated wastes of Action Alley! Meanwhile, Booga takes in a stray kangaroo. A proper one. It can’t talk or anything. Weird.

Buckle up with co-creator Alan Martin and artist Brett Parson, in this rip-roaring collection of Tank Girl #1-4!

Includes amazing photography and exclusive interviews with the cast and crew.

The road to Avengers: Endgame!

A behind the scenes look at the making of Avengers: Infinity War, with stunning images, cast and crew interviews, and in-depth articles taking us on a step-by-step journey through the year’s biggest movie!

Explore the greatest cliffhanger of the decade… including a sneak peek at Avengers: Endgame! Borg 30th Anniversary Special! We talk to Rick Berman (executive producer of Star Trek: The Next Generation) about Maurice Hurley, the creator of the Borg Collective! The Star Wars Celebration 2019 special issue of Star Wars Insider follows the Skywalker saga back to where it all began – Star Wars: A New Hope!

Explore the sandy wastes and wretched hives of Tatooine, and the real-world locations behind them. Look back at the origins of Hasbro’s Star Wars toys, from Kenner’s empty Early Bird box to the present day, and speak to Greg Hildebrandt about his iconic Star Wars art.

Featuring the latest news, in-depth articles, and exclusive interviews, Star Wars Insider is your hyperspace link to a galaxy far, far, away!