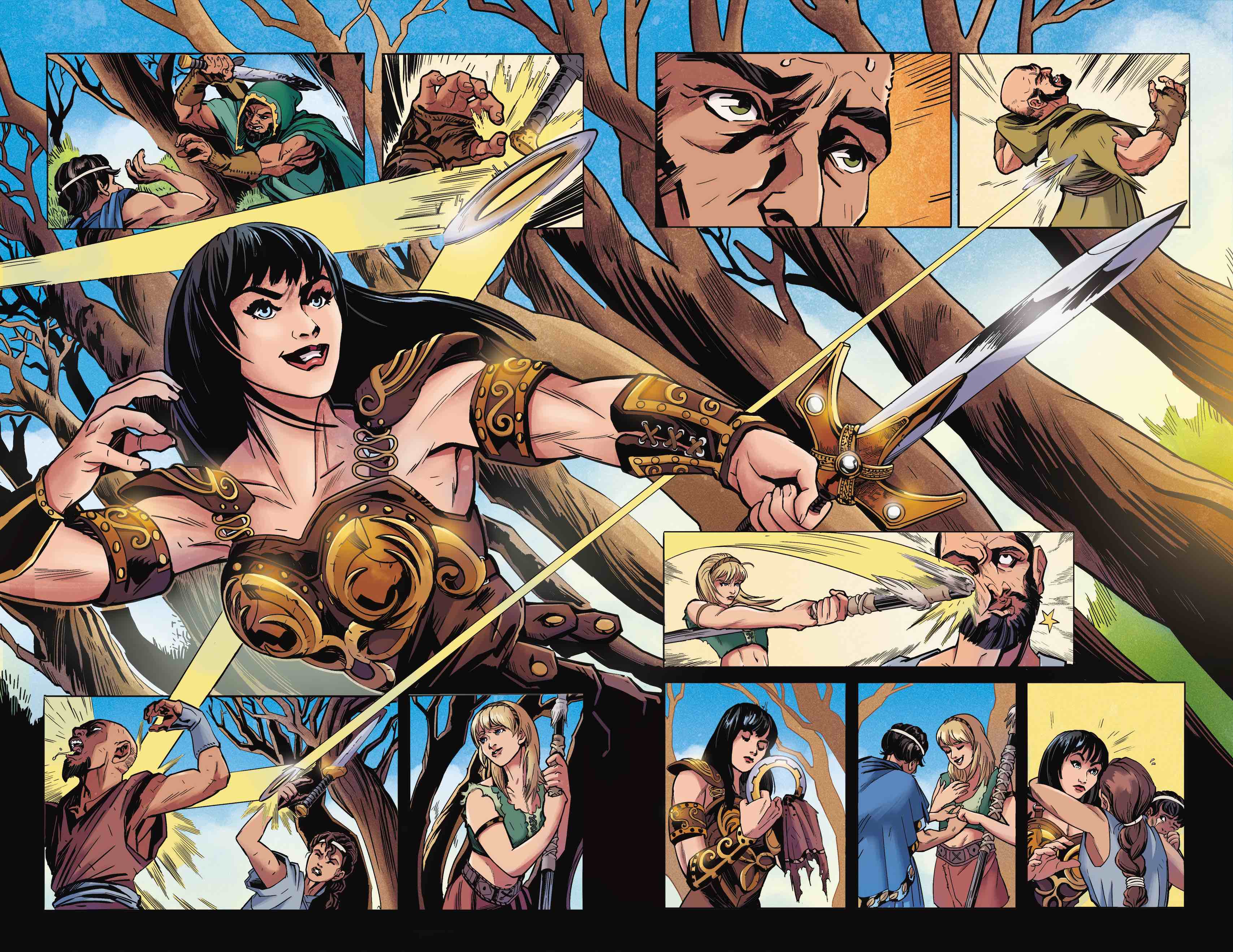 Journey back to Ancient Greece with the reformed warlord. Take up your swords and chakrams to follow the newest adventures of the cult classic TV phenomenon and her trusted companion Gabrielle. As they will first have to investigate a mysterious village where children are miraculously strong. Could the infamously petty Greek Gods be involved, and if not how long before they stick their meddlesome hands in?

Editor Nate Cosby pitches the series in a nutshell to fans new and returning, “Bounding adventures! Amazing episodes that build to a huge overall story! Every action sequence motivated by strong characters and deep emotion! Did you dig the Xena television series? You will ADORE what Vita, Olympia, Rebecca and Ariana are cooking up with this series. And if you don’t know what Xena’s about? This is the perfect place to start!” “I am INCREDIBLY excited to be working on Xena! She is my favorite character of all time, and to be able to work on any project involving her is an honor,” said writer Vita Ayala, pictured. “The team has a lot of fun things in store for readers, including some old frenemies and travel to places that even XENA has never seen before!”

Exciting illustrator Olympia Sweetman had this to say, “I am tremendously enjoying working on Xena, and feel fortunate and lucky to be drawing such an iconic and interesting character. To me, one of the most exciting aspects of drawing this book is having the opportunity to depict the vivid and interesting world of Xena, including the scoundrels, gods and allies. This is my first major comics job, and I am putting my all into this book!”

XENA: WARRIOR PRINCESS #1 will be solicited in Diamond Comic Distributors’ February 2019 Previews catalog, the premier source of merchandise for the comic book specialty market, and slated for release in April 2019. Comic book fans are encouraged to preorder copies of the issue with their local comic book retailers. It will also be available for individual customer purchase through digital platforms courtesy of Comixology, Kindle, iBooks, Google Play, Dynamite Digital, ComicsPlus, and more!