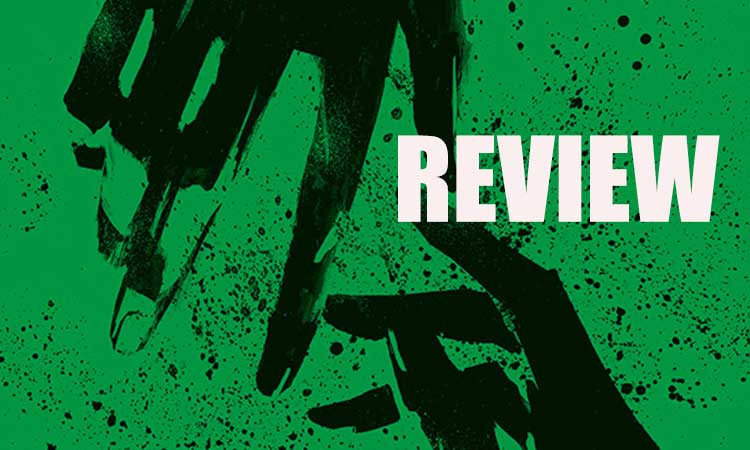 After the storm, calm.  In the aftermath of the pyrotechnics of the previous issue, Days of Hate #12 contemplates those who survived and the future, if there is such a thing, to look forward too.  Step into the finale of one of the great comic series of our time. Previously in Days of Hate: Holding a distorted mirror up to the America of today, the America of 2022 is a racist police state that hunts its own minority citizens in the perverted name of freedom and liberty.  Across the series, we followed the two main characters – Amanda, who joined the guerilla resistance, and her former partner, Hiuan, who became the unwilling lover of the head of Homeland Security, the ironically named Freeman.  And now, with Freeman and his family assassinated, the story focuses in on its final issue.  Will it be as devastating as everything that came before, or will it seek to be life-affirming amidst the darkness?

HAMBERDERS, BIGLY, FAKE NEWS AND ALL THE REST OF IT

When your children ask you what you did during this moment in history, what will your answer be?  Will you reflect with pride on your activism, your outreach to others outside your immediate circle, your efforts to engage and help and work sustain the best of what America is?  Or will you shuffle your feet, look into the corner, and mutter some banality about the will of the people and her emails?

Ales Kot’s Days of Hate doesn’t mince words, or its intent.  It is a scarifying examination of an all too plausible road America could go down if the conditions allowed it.  The Shining City on a Hill may think it is exceptional, but there are no guarantees even the most powerful of nations won’t turn so inwards it begins consuming its own people.  If great, cultured nations like Germany can become rancid and monstrous within the space of a decade, it isn’t too far a leap for a nation built on the original sin of slavery to similarly fall from the high road.

Days of Hate #12 feels very much like a coda to the overall story.  After the devastating blows of #11 Ales Kot wrenches the story forward, into the aftermath.  Danijel Zezelj’s artwork signals that not much has changed – it is the same raw brushstrokes, the same empty vistas, the same look of suffering on the faces of those condemned to live amid the ruins.  Arvid, who had joined the guerilla movement in the wake of a police raid on his home, has survived the events of the previous issue.   Very much a minor voice in Amanda’s grand plan to strike a terrible blow at the regime, he comes into his own in this last issue.  We see him venture from his hiding place in the woods, taking a furtive journey home to Kansas, where he stakes out the home of a neighbor, seemingly waiting endlessly for a sign, any sign that it is safe to approach.  And when he does, he finds a miracle.

We see nothing of Amanda or her former wife Hiuan in this issue.  It is all Arvid, a man bereft, who at the end finds himself remade with the discovery that his son, against all hope, is still alive.  This, I think, is the real victory.  The government is too big, its resources to great for any one person to stand up and resist and live.  Victory can only be found elsewhere, in the communities we form, in the family’s we raise and nurture, in the small wins like the discovery your child yet lives.

BOTTOM LINE – IS THIS IS VICTORY, WHAT DOES DEFEAT FEEL LIKE?

Days of Hate tells one tale amidst a larger canvas of suffering.  It is a gripping story of betrayal – of people betraying each other, and of a nation betraying its ideals.  As this issue shows, there are glimpses of hope amidst all that darkness, enough hope, indeed, that even those who have experienced the lash of tyranny find a way to go on, to seek to return America to its highest ideals, despite all the evidence to the contrary around them.

Even if you look back on current events in ten, twenty years’ time, and feel that surge of warmth that you stood for something bigger than yourself, Days of Hate, at the end, asks us something else – what did you do afterward, to sustain the flame, and stop the darkness from coming back?  Because what is happening today isn’t a bizarre one-off – it may very well be the beginning of something far, far worse.  Days of Hate #12 isn’t a capstone, but a waypoint on a longer journey.

Even if you look back on current events in ten, twenty years’ time, and feel that surge of warmth that you stood for something bigger than yourself, Days of Hate, at the end, asks us something else – what did you do afterward, to sustain the flame, and stop the darkness from coming back? Because what is happening today isn’t a bizarre one-off – it may very well be the beginning of something far, far worse. Days of Hate #12 isn’t a capstone, but a waypoint on a longer journey.