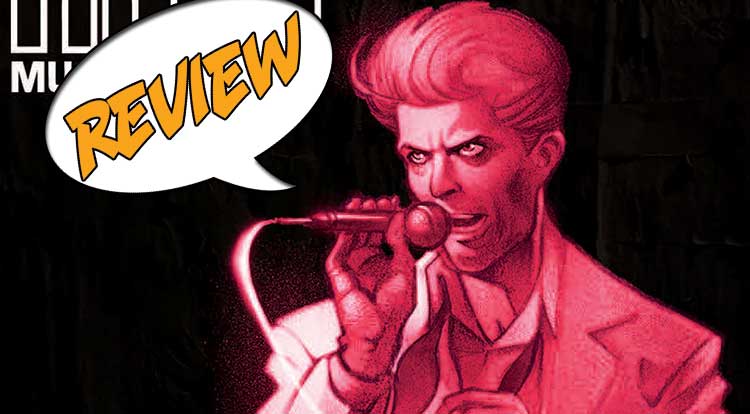 Previously in GUNNING FOR HITS: No previously, this is the first issue! Writer Jeff Rougvie gives us an “insider’s” tale of the music industry in this first issue. What you have to be willing to do to sign a band that could be legendary? For promoter Martin Mills, that answer may surprise you!

ITS GOT A GOOD BEAT…

In the late hours of the night, or early hours of the morning, in 1987, a struggling band just played a stellar set. Martin Mills is there, but he already knew it would be a success. He fronted the money for the band to play, and is now trying to cut a music deal that could make him rich. You see, Martin Mills is a music promoter, one of those unsung heroes who sit through thousands of crappy bands to bring us that one that may move you. This band, Stunted Growth, has the potential to do more than move you, they could be the next hitmakers. That is why Mills is sitting in a crappy club, talking to the demanding girlfriend/manager of the band’s lead singer. You see, he wants to sign them, he really does, but Diane is not making things easy. First, she disrespects Mills, then she demands six million dollars for the right to allow him to sign them. Mills has played this game for a while, and knows what kind of potential the band and their lead singer, Billy, really has.  She makes demand after demand after demand, all while Mills discusses why it can happen, why it cannot, or what an alternative may be. He knows that Diane has an idea of the potential of the band and she is trying to see how far he is willing to go. Back and forth, they barter, a demand is made and accepted; a demand is made and declined. All the while Martin Mills sits smoking his cigarette and keeping his cool. Finally, they seem to hit on a deal. A hastily written contract is drawn up, but Diana has one more demand. She wants something that cannot be added to any contract, an act of faith and revenge. Will Martin agree to this last stipulation or will the lead start to fly?

…BUT CAN YOU DANCE TO IT?

Jeff Rougvie is the writer and creator of Gunning For Hits. This is his first “real” published comic work outside of childhood self-publishing efforts (anyone have a copy of Land of the Lizards?). It tells the tale of Martin Mills, a music promoter and man with a past. Set in the late eighties, we meet Martin as he tries to negotiate a contract with an unsigned band he believes could be stars. Rougvie gives us a surprising tale, drawing you in before you realize it, and then throwing a hand grenade in the room before running out of pages. Just as intriguing as the main story is the behind-the-scenes information he lays out as part of it all. He has a fresh voice and a feeling that he really wants you to like the book. There is a section where the main character breaks the fourth wall and tells you a little about how the record industry works. Sounds awful, right? Wrong. In an amazing bit of storytelling and technique, Mills interrupts his own story and lays out insider information that entertains and is relevant to the story. Could we have done without that little diversion? Maybe, but the book would have suffered greatly for it. It adds the weight of knowledge to the story. With a long history in the record industry, this is a prime example of write what you know. Rougvie knows his stuff. He may be a first-time comic writer, but he is handling the task like a pro.

The artwork is handled by Moritat (All-Star Western, The Spirit) and it is handled well. First, before I go any further, that cover, I have to talk about the cover. It resembles, in my opinion, a David Bowie-style character with a hint of danger and evil in the eyes. I had this feeling before I read Rougvie’s prologue discussing how the series came about, but now I can’t look at it without thinking of Bowie in the Tin Machine ear. Once you crack the cover, you are suddenly wallowing in the filth of this little crappy nightclub, Moritat brings it to life just that well. The art feels a little uneven at first, but you realize he may be drawing the characters in accordance to how they are perceived, by each other and by the reader. One minute they have a simple and almost childish look to them, and the next they may be looking complete and serious, adjusting to the panels and the path of the story. Take this and combine it with colors by Casey Silver (Archie vs. Sharknado, Guttertown) and it becomes something of an experience. The entire book has a very muted pallet with sullen earth tones, and Silver nails the feeling you get with the script.

BOTTOM LINE: MIGHT BE NUMBER ONE WITH A BULLET, GET READY TO DUCK!

It is always hard to really judge a first-time comic writer and their first issue, but Rougvie has a consistent voice with unique voices for his characters, something which some veterans still struggle with. This creative team is like a great little three-piece ensemble, they know the song and how to get the most out of each note. You might not get the words right away, but you appreciate the melody.

GUNNING FOR HITS #1 sets the stage for a book that is one part informative, one part entertaining, and all parts badass! Get a copy in your playlist… I mean pull list, today!