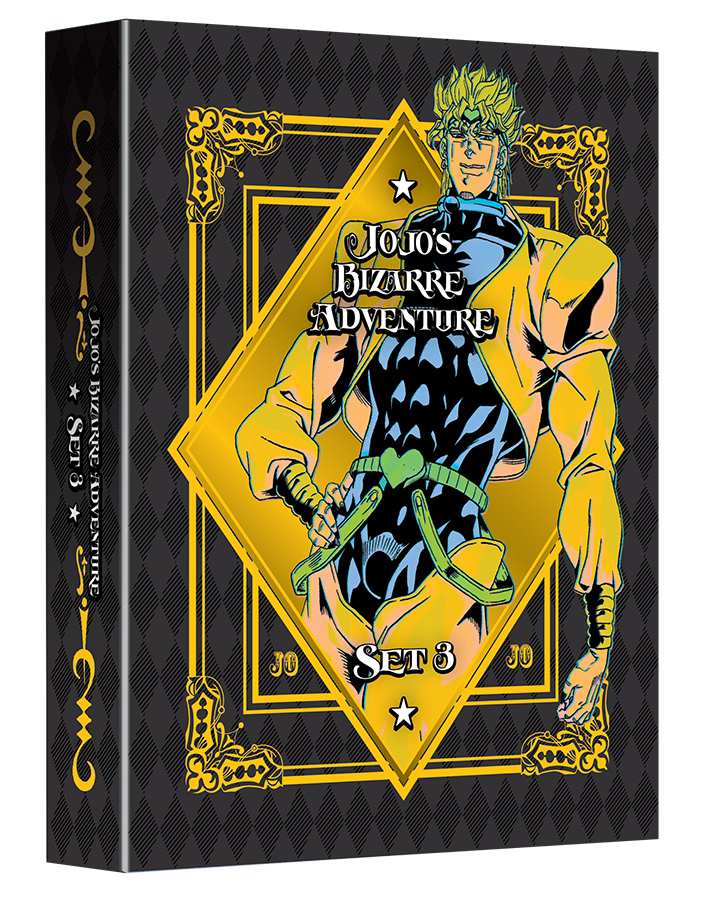 Concluding the STARDUST CRUSADERS story arc, the second-half of Season 2 will be available on DVD and as a Limited Edition Blu-ray. Each multi-disc set will include 24 episodes (Episodes 25-48) with a variety of notable bonus features exclusive to the Blu-ray release. Based on Hirohiko Araki’s bestselling manga, JOJO’S BIZARRE ADVENTURE brings to life the outlandish characters, wild humor, and frenetic battles for which the series is renowned. Having crossed continents and cheated death, Jotaro, Joseph, and crew finally arrive in Egypt to root out the charismatic evil threatening the Joestar lineage and the world. Fighting Stand with Stand, the ever-clever Joestars are put to the ultimate test as a bizarre new army of adversaries hailing from the Egyptian pantheon strike in ways more brutal and outrageous than ever before. Thankfully, a new ally has arrived to assist the humans. The question is, can the team come together in time to unravel the mystery of DIO’s Stand?

The Standard Edition DVD Set will carry an MSRP of $39.99 U.S. / $52.99 CAN with extra features that include clean Opening and Ending credits and series trailers.

For more information on JOJO’S BIZARRE ADVENTURE and other anime and manga titles distributed and published by VIZ Media, please visit viz.com.