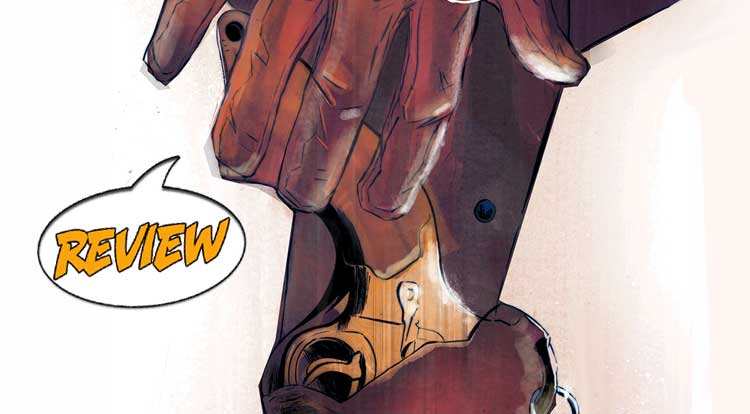 Mal and Zoë stand accused of war crimes, but are the accusations actually true? Your Major Spoilers review of Firefly #2 awaits! Previously in Firefly: As the crew of the Serenity scrambles to fix their damaged ship before anyone finds them, Mal and Zoë must face their past and the reactions of their mighty disgruntled crew.

On the tiny moon called Bethlehem, Mal and the crew of Serenity have hired on to protect a group of travelers from bandits, but their last-ditch effort to raise a little scratch to repair their ship has gained complications, in the form of The Unificators.  That made-up word hides the severity of the situation, as they are hired by the Alliance itself to bring Mal and his first mate Zoë to justice for war crimes.  SImon is certain that it’s all a big misunderstanding, but Mal’s response casts some doubt on whether or not they actually did continue as quasi-terrorists after the surrender of the Independents in Serenity Valley.  Their new employers want to turn on them for the reward, as do the folks they’re meant to be defending against, leading to a massive firefight that ends badly for everyone.  One of the attackers escapes, with Mal determined to track him down before he reports in to the Unificators.  Leaving the rest of the crew with the wagon train, Captain and First Mate set out, only for the fleeing gunman to run face-first into the Unificators.

I love Dan McDaid’s art on Firefly #2, and his takes on Mal and Jayne and the crew of Serenity are true to the characters without being realistic likenesses.  Male has a square jaw and a misshapen, busted nose, making him look like Mal without looking like Nathan Fillion.  The combat sequences are quite impressive as well, but it is a bit more difficult to follow the storytelling on certain pages.  A sequence where River is seemingly standing in front of a campfire makes it look like she’s standing fully in the flames (which may be intentional) but there are several moments where I had to read twice to understand what was happening.  The strong inked lines likewise make for occasionally muddy moments in complex pages, something that the coloring (heavy on earth-tones and blacks) exacerbates.  Likewise, I like the story being told here, but it seems like the pacing isn’t quite right, making for some jolting start-and-stop story moments, making for a choppy-feeling read.

All in all, though, the strengths do outweigh the flaws of the comic, making me want to know more about the lost moments of Mal’s life, and worrying that they actually ARE guilty of the things they’re accused of.  Firefly #2 continues the lost chapters of the Serenity crew’s adventures, and even with some issues in terms of storytelling it’s a good read, earning 3 out of 5 stars overall.

An interesting story that doesn't quite stick the landing and art that has slight problems with clarity, but still an interesting read.