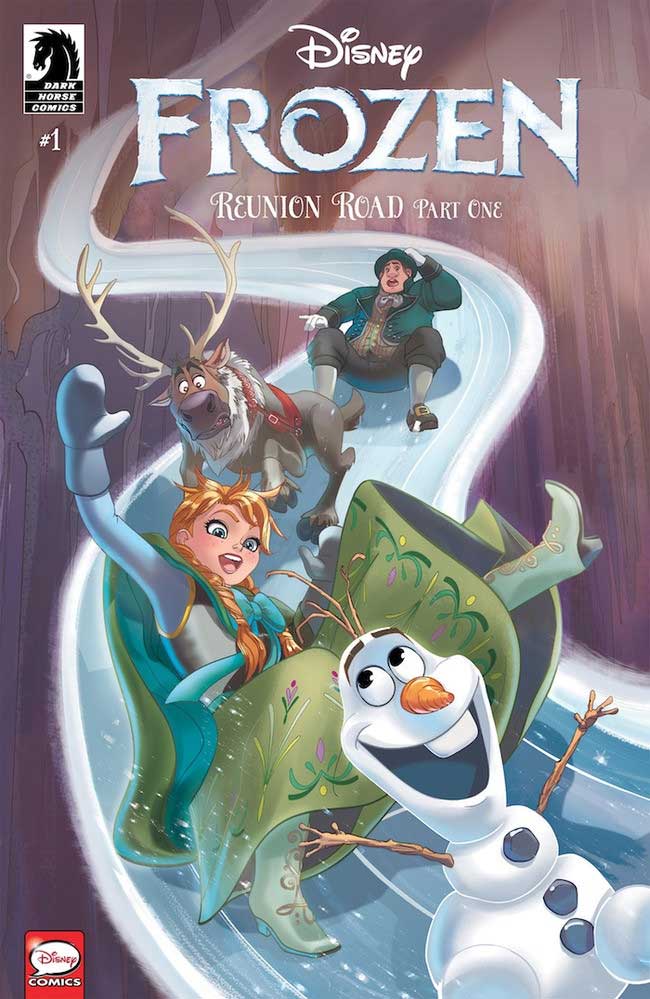 Even years after being in the theater, Disney’s Frozen still is a big draw. Dark Horse Comics had previously released a comic book based on the movie, and in January, a new volume arrives in stores.

In Disney Frozen: Reunion Road, Anna and Elsa are invited to a harvest festival in the kingdom of Snoob! As they wonder about this faraway kingdom, they discover that Kai has a long-lost brother—in Snoob, this sets them on an adventure to reunite the two brothers . . . Join the Arendelle sisters, with Kai, Olaf, Kristoff, and Sven, on a road to reunion, where surprises await at every twist and turn!