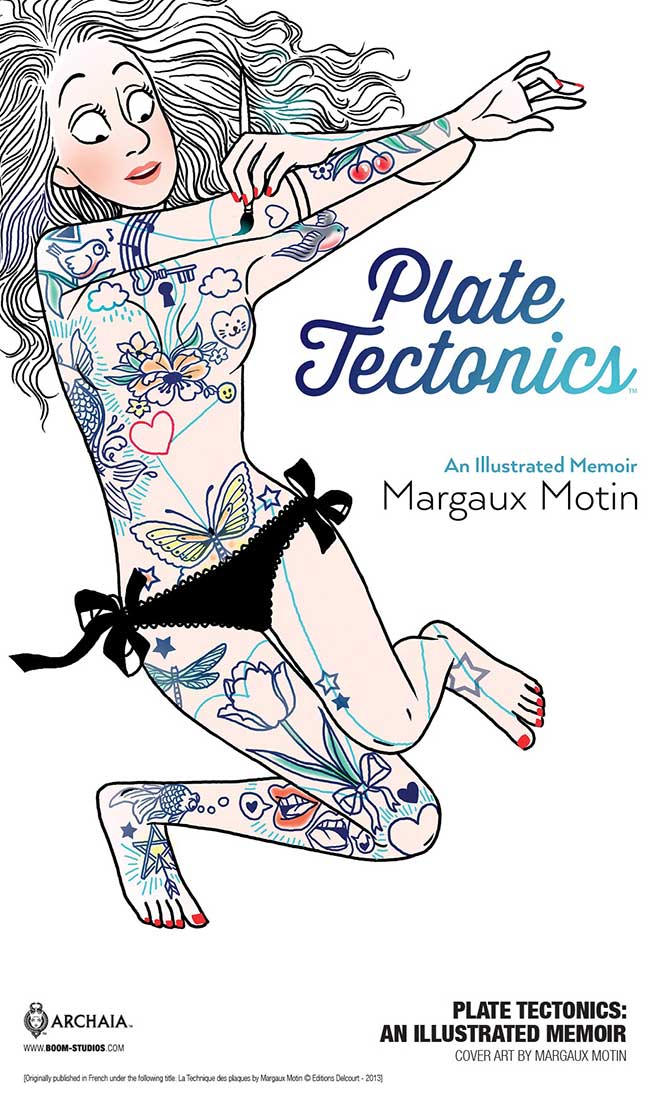 BOOM! Studios has released a first look at Plate Tectonics: An Illustrated Memoir, an original graphic novel by Margaux Motin that will arrive in June 2019.

At age thirty-five, Margaux’s life is full of upheaval and unexpected twists and turns. She’s divorced, raising a child on her own, and trying to get back on her feet in today’s fast-paced world. Thankfully, she’s got her family, friends, and daughter to tell her exactly what they think at every turn. And when romance eventually returns it takes on the most unexpected shape . . . in that of her best friend! Could her life possibly get more complicated?!

“Margaux’s unapologetic portrayal of herself as a single parent suddenly set adrift in the modern world is at once charming, hilarious, and brutally honest,” said Sierra Hahn, Executive Editor, BOOM! Studios. “PLATE TECTONICS is Margaux’s love letter to relearning the lines of who you are and how those lines get redrawn after life-shaking events but inevitably for the better.”

Be on the lookout for Plate Tectonics: An Illustrated Memoir when it lands at comic book shops on June 26, 2019.