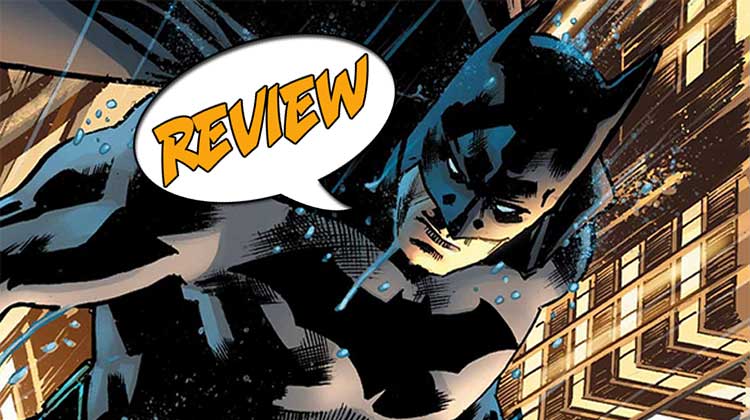 This week’s Batman Annual looks at our hero from his butler’s point of view, and it’s truly engaging and enlightening.

SOLICITATION: “THE OTHER SIDE OF THE PENNY!” Alfred Pennyworth has been Batman’s most trusted ally and confidant since the Dark Knight first hit the streets of Gotham City. Now, witness Batman’s battle for justice from Alfred’s perspective and learn how harrowing that journey has been as Batman experiences one of the worst nights Gotham City has ever seen—a night that will push Alfred to the breaking point! Best-selling writer Tom Taylor presents an epic tale that promises to be one of the most Alfred stories ever told!

ALFRED’S SIDE OF THE STORY

Now, I know that much of the current view of Alfred was influenced by the acerbic butler in the film Arthur. The digs and jabs he gave the title character moved over into Batman’s butler shortly after. Prior to that, he was more of a “Yes, Sir” kind of guy.

This annual follows Alfred from the night Bruce’s parents are killed through today. We see different sides of the character, and they are engaging on several levels. He had plans before Bruce lost his parents, but he had to put them aside. He’s continued to do that and, even though he’s quite the wit when talking to Batman, he’s also extremely devoted and making sure that while the Dark Knight looks out for Gotham, someone is looking out for him.

This tale was written by Tom Taylor, probably best known for the Injustice video games and comics. I would have sworn it was written by another Tom, Tom King, who currently scribes the regular Batman comics. The latter Tom has introduced a more dramatic form of storytelling in that he depends less on action and more on drama. I didn’t think I would like it, but I really do.

Is Mr. Taylor following in Mr. King’s footsteps when he wrote this annual? Or is it the other way around? We’ll probably never know, but it fits perfectly in with the current Batman title.

Probably the most touching moment in the story happens near the end when Bruce talks about how he knows Alfred worries about him when he’s out fighting crime, and that makes him change his behavior… for one night, anyway.

There’s also a particularly cool fight sequence when Alfred, wearing a Bat-mask, takes on two thugs who have caught Batman off guard. How he takes them on and what he says to them are perfect Alfred.

I also enjoyed the “bookending” part dealing with phone calls, that opening one changed their lives forever, and Alfred now thinks, “Every time he calls, it’s not THAT call.”

Great pacing, engaging drama, strong characterization… this one has it all!

CAN THIS GUY DRAW MORE BATMAN?

Otto Schmidt’s art is, in a word, stupendous! There are fantastic splash pages that could very easily be turned into posters, in my opinion. Wonderful facial expressions meet with dynamic action sequences to make this book one of the very best I’ve read in a while!

I particularly enjoy how he draws Batman’s mask—somewhat angularly, with an emphasis on the ears. More of this, please!

When you consider how many Bat-books are coming out each month, it continues to amaze me how terrific they are! This one is an instant classic since it is strong in script and in art. And we get a peek in on Alfred’s life as well, so it’s a winner!

Be sure to pick this one up even if you have never read a Batman story before! You’ll be hooked, I guarantee it! Should Alfred get his own annuals now, I wonder?

This one is an instant classic since it is strong in script and in art. And we get a peek in on Alfred’s life as well, so it’s a winner!