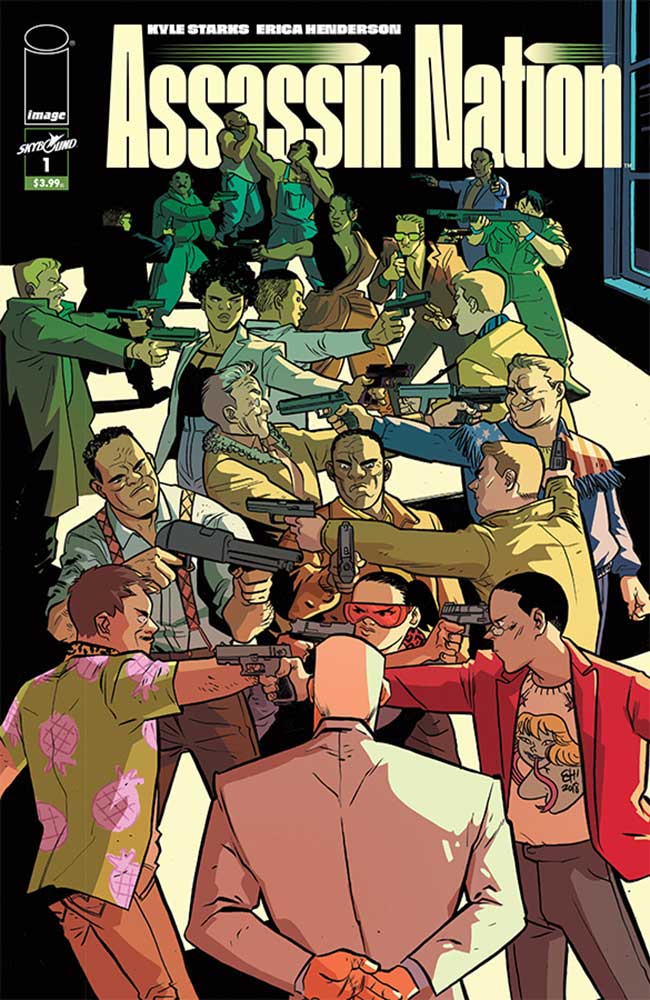 What happens when the world’s greatest hitman has a hit on him? He hires the 20 best assassins in the world to protect him. What could go wrong? We’re about to find out in Image Comics’ Assassin Nation by Erica Henderson and Kyle Starks.

“I’m so excited for this book,” said Henderson. “Kyle and I have been wanting to work together for as long as we’ve been friends. It’s great to finally make that happen. There aren’t a lot of comics with Kyle’s action and comedy sensibilities, so it’s just been a blast. On top of that, it’s nice to work in other genres. My professional career has been largely all-ages media so it’s been REALLY fun to get some gore and explosions in there too. Assassin Nation is great fun but NOT for the whole family.”

The World’s (Former) Greatest Hitman has a hit out on him. What to do? Why, hire the 20 best assassins in the world to be his bodyguards, of course. These mean-as-hell hired guns and murderers will have to work together to keep the new crime boss safe, figure out who’s trying to off him, and also… survive.