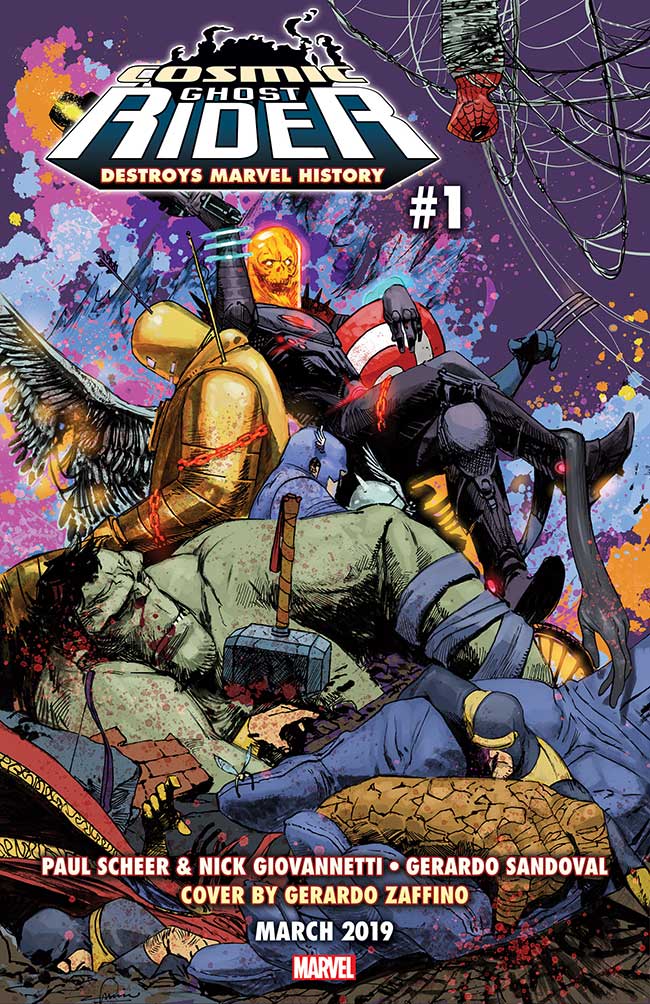 Well… that was… anticlimactic.

After a day full of teaser images from Marvel, the result isn’t some grand crossover, or a big event, or even an everything you know is wrong stunt, but rather Cosmic Ghost Rider Destroys the Marvel History #1 from Paul Scheer, Nick Giovannetti, and Gerardo Sandoval. This spring, comedian and The League star Paul Scheer re-teams with Far Cry writer Nick Giovannetti (Deadpool Bi-Annual, Guardians Team-Up) for COSMIC GHOST RIDER DESTROYS MARVEL HISTORY #1: an all-new limited series, where the Cosmic Ghost Rider is stuck in the past. So what’s the Cosmic Guardian of Justice going to do? Rewrite the origins of the Marvel Universe, of course!

So, are you ready for this, or is this reveal kind of a slap in the face as far as hype goes?