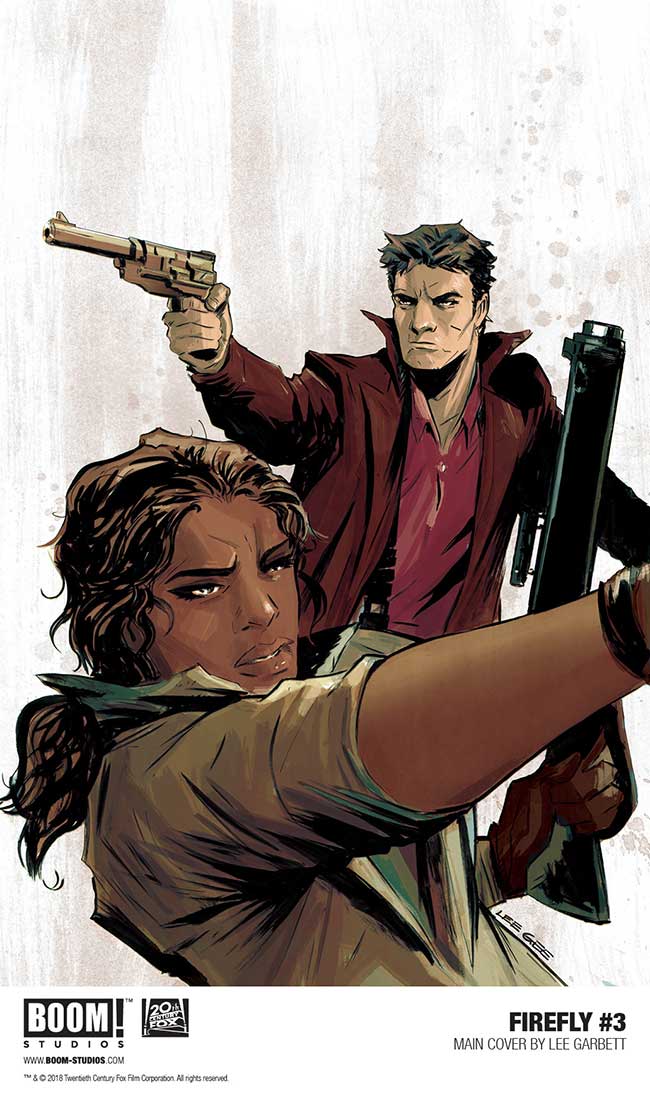 BOOM! Studios has released a very early look at Firefly #3 that won’t arrive until January 16th.

As the crew learns the shocking truth about the actions of their leaders in the Unification War, they find themselves splintered and more vulnerable than ever to the Unificators . . . and an enemy they never expected. Now, discover the untold origin of their leader Boss Moon as she puts her plan into effect to extract revenge on the two people who ruined her life – Mal and Zoe.

Firefly #3 is written by Greg Pak with art by Dan McDaid.