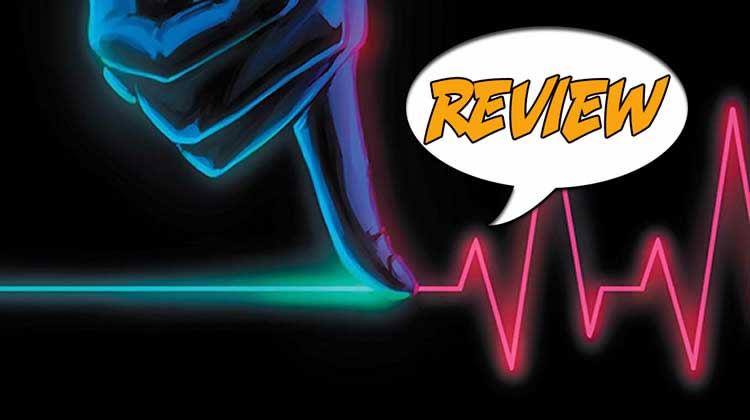 I have always thought comics are the perfect way to tell a good sci-fi story. I mean, you have an unlimited special effects budget, and you are only limited by the imagination of the creative team.

As a perfect example, along comes The Freeze, which has a fascinating premise while looking at things from a human perspective.

SOLICITATION: The entire human population is frozen by a mysterious global event… all except Ray, and only he has the power to unfreeze them. Now with the fate of the world in his hands, he must figure out what is going on, how to set things right again, and answer the question: Does everyone deserve to be saved?

NOT MISTER FREEZE, THOUGH

The one suggestion I have is that I would change in this comic’s title. I guess after all these years of reading about Batman’s villain Mister Freeze, I thought this book had to do with an ice age or something. Nahhhh! However, I don’t have any good suggestion to replace it, and it’s probably too late, anyway!

I have to admit that I love the premise in this comic. Suppose everything just stopped, was frozen in place, but you were the only person still able to move. What would you do? How much destruction would take place, and what could you do about it?

The story focuses on Ray, who is pretty much an average guy working in what seems to be an ordinary office situation. All of a sudden, Ray discovers that every other person is stuck, not moving. He slowly starts to put the pieces together as to what’s happened, and it sure isn’t pretty!

As Ray “unfreezes” some of those around him, he discovers that some are going to help solve this problem while others are going to make things worse. He has to be careful just who gets back to “normal” and who doesn’t.

The characters are very believable, and how they interact is also how we would expect those around us to respond in a difficult situation. It’s only been one issue, and I already feel like I know them.

The suspense is strong in this one, with the mystery unfolding slowly. I have no idea how Ray will be able to figure out, let alone resolve what’s going on. But that just keeps me coming back for more!

Phillip Sevy is one of the most creative artists in comics today. He’s put together some fantastic storytelling, as I found when I interviewed him for my podcast, which you can hear at this link.

He excels at character expressions, background scenes, and action sequences, so this book really sparkles on all cylinders!

This book has me gripped on several levels—intriguing story premise, great team of creators and a product from Top Cow Productions, a company I’ve really come to admire. They make Eclipse, for example, as well as other comics from Zack Kaplan, all of which I heartily endorse.

Now is the ideal time to jump on this title so you can know how things started out. Highly recommended especially if you love a good sci-fi whodonut and whattheheckjusthappened story.