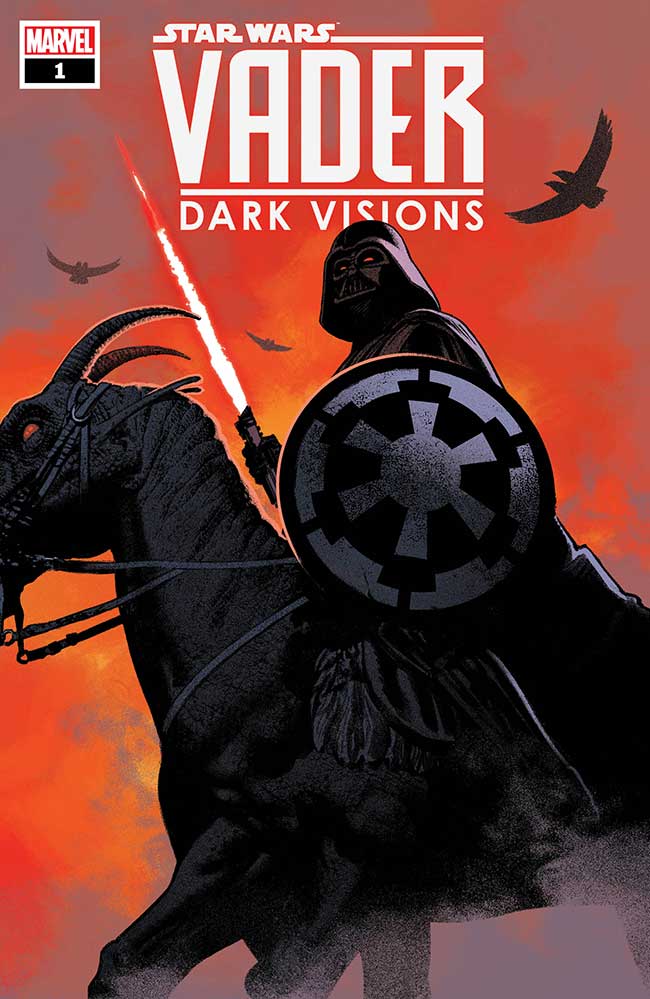 Who is Darth Vader? You’ve known him as a symbol of power, a villainous commander, and a Sith Warrior. But this March, get ready to see a side of Vader you’ve never seen before – and a side that the galaxy has never seen before!

STAR WARS: VADER – DARK VISIONS takes readers to the darkest parts of the galaxy. Places where even the mysterious anti-hero known as Darth Vader can be someone’s greatest fear, and even…someone’s greatest hope! The Frazetta homage cover is really weird, and I kind of hope that there is an actual barbarian-esque Vader story in the first two issues.