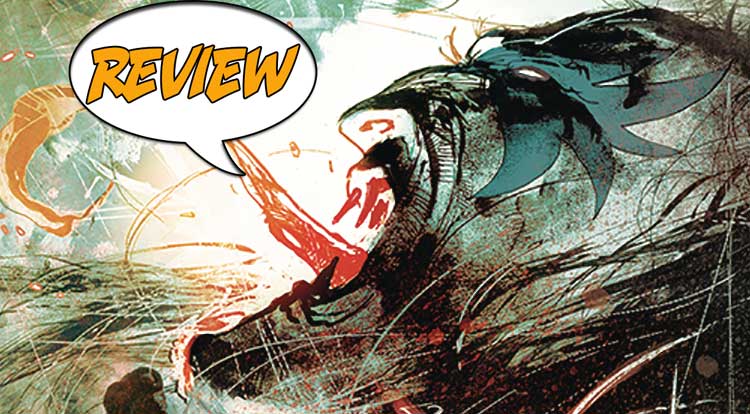 Now that they’re dead, KISS is more powerful than they could ever imagine!  Your Major Spoilers review of KISS: Blood and Stardust #2 awaits! Previously in KISS: Blood and Stardust: Back from the dead, KISS is on a mission to save the world!  Now Demon Mother Lilith must teach them about their new abilities and the history of Derek Crowley, the monster they are after.  But as their pursuit of Crowley gets underway, they will come to realize that he and the Illuminate are already hunting them!

We open right where last issue left off, as Gene, Ace, Paul and Peter are transformed by Demon Mother Lilith into super-human versions of their stage personas.  Gene is still suspicious, though, and insists on known who she is, to which Lilith responds with a question: “Why did you choose the name… Demon?”  She proceeds to explain that she is the actual Lilith of legend and lore, Adam’s first wife thrown from Eden, after which she mated with Lucifer Morningstar and gave birth to all the demons of history.  She is the voice in his head telling him to burn things, she explains, and then proceeds to tell him about Derek Crowley and how exactly he became a demonic rock n’ roll presence, quoted liberally from ‘Ziggy Stardust’ to hammer home the David Bowie influence on his character.  Sent out into the world, their first act as sorta/kinda demons on Earth is to save a young girl from murdered by a Crowley-summoned Demon, ending with The Demon telling her how to take care of herself going forward: “Shout it, Alicia…  Shout it out loud.”

A TRIBUTE TO THE LATE DAVID BOWIE

This issue is more than a little bit silly, but in a good way, especially in Demon’s hard-headed interactions with Lilith, who might be able to kill him in seconds.  The reveal of the quartet and their already fait accompli code-names is nice, both in terms of art and story, and the whole thing reads with the earnest straightforward rock vibe of KISS’ musical contributions.  Buchemi’s art is really well-done throughout the issue, delineating hordes of demons and rock concerts with equal aplomb.  The scene of Crowley and Lilith’s initial summoning is moody and a little frightening, and I really like the level of expression given to our heroes, even with their kabuki makeup.  As someone who’s been reading KISS comics for a couple of decades now, this one manages a good balance of melodrama to fighty-fighty to mystical totemic claptrap and makes for a good read.

I will say that KISS: Blood and Stardust #2 isn’t gonna be for everybody, but it strikes a balance between the old-school Chaos! Comics of yore and a standard superhero adventure, with expressive art and only a tiny bit too much reliance on song lyrics, earning 3 out of 5 stars overall.  If nothing else, it’s fun to see  realistic superhero takes on the group’s costumes, right down to monogrammed KISS belt buckles…

It leans pretty heavily on lyrics-as-dialogue, but it's a fun read full of some over-the-top fun and a nice reveal of super-KISS.