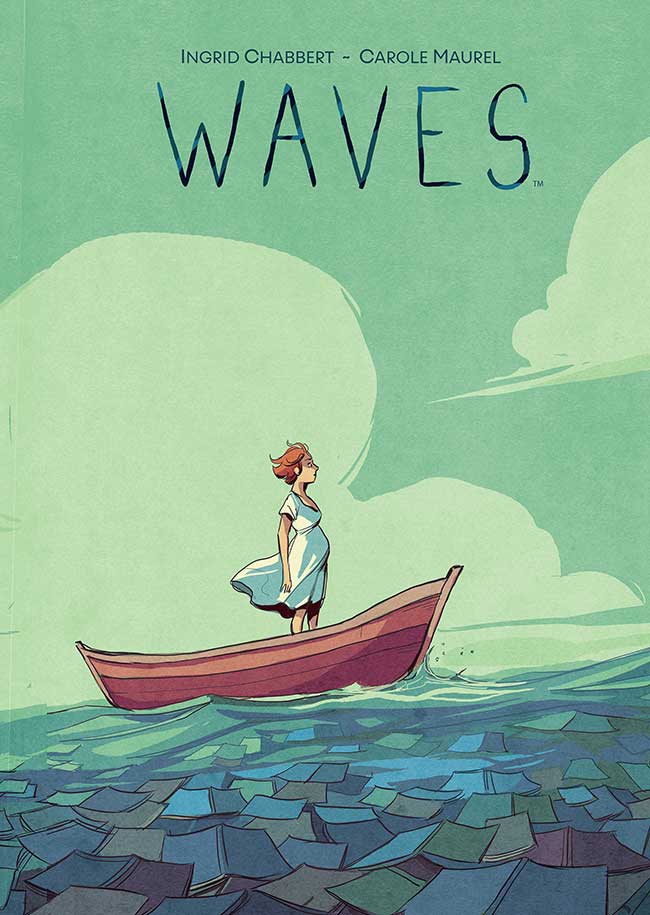 BOOM! Studios has released a first look at Waves, the latest original graphic novel from the publisher that is set to arrive in May 2019.

WAVES captures a woman’s exploration of pain and loss. WAVES is a deeply moving story based on author Ingrid Chabbert’s (The Day I Became a Bird) own experiences trying to conceive, with art by Carole Maurel (Luisa: Now and Then).

After years of difficulty trying to have children, a young woman and her wife finally announce their pregnancy, only to have the most joyous period of their lives become one of unexpected heartbreak. While drowning in an ocean of sorrow following their loss, the young couple begin a journey of renewal and hope as they learn to live and love again.