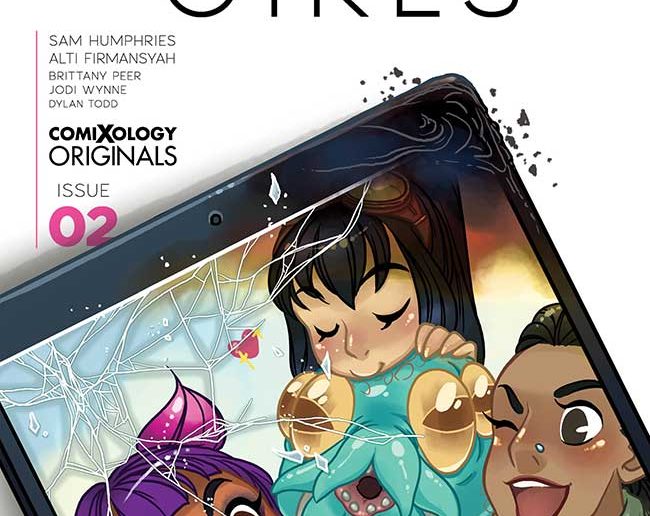 Goliath Girls is a story about hope during wartime and the power of sisterhood. The fate of the world lies in the hands of three teenage girls – Zelda, Eunice, and Juliet – and their pet kaiju Ginger Spice. Join them as they fight to not only save humans from gargantuan kaiju known as “goliaths,” but also to save goliaths from humans. In issue #2, the Goliath Girls must battle a giant space ape and face further trouble (romantically, parentally and otherwise).

Starting December 5th, both Goliath Girls #1 Special Edition and Goliath Girls #2 will be available to members of Prime Reading, Kindle Unlimited, and comiXology Unlimited, and also available for sale on comiXology and Kindle for $2.99. Issue #2 will also be simultaneously available in Japanese same day in Japan through Amazon.jp and worldwide, upon release. The print collected edition will be available via Print-on-Demand exclusively on Amazon.com.

“Goliath Girls contains big emotional turning points, but instead of bursting into song, giant monsters battle each other,” says Goliath Girls writer & co-creator Sam Humphries. “This is a new take on the kaiju genre—the monsters are more emotional, more interconnected with the humans. And with the same day Japan release, we are erasing the boundaries of comics distribution to bring comic book readers across the world together.”

In the world of Goliath Girls, monsters will rise, cities will fall…but best friends are forever!  Zelda, Eunice, and Juliet are three best friends: orphans of the Kaiju Generation, and adoptive mothers to their own baby Goliath! For years they’ve searched for the elusive King of All Goliaths, the one fabled to bring the Forever War to an end. But they’re not the only ones on his trail. 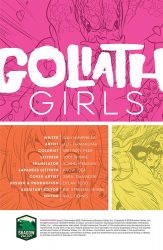 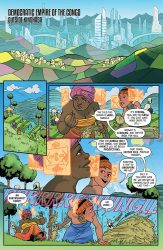 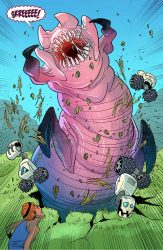 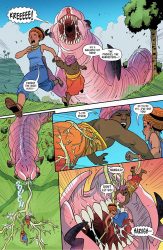 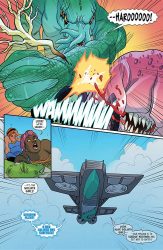 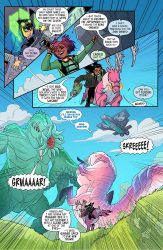 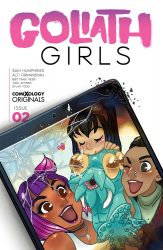 In addition to the new Goliath Girls releases set for this Wednesday, comiXology will also host a Sam Humphries sale featuring some of his outstanding work from across notable comic publishers!

Sam Humphries is the writer of Harley Quinn, Nightwing, and Green Lanterns for DC Comics’ blockbuster Rebirth initiative. He recently wrote the global video game phenomenon Marvel: Contest of Champions. His other titles include Legendary Star-Lord and Avengers AI for Marvel, as well as original critically-acclaimed books Jonesy and Citizen Jack. He lives in Los Angeles with his wife and their two cats, El Niño and Hopey.

Alti Firmansyah is a native-born Indonesian. She studied graphic design in Bandung. Her big break as a comic artist was on Marvel’s Star-Lord & Kitty Pryde, written by Sam Humphries. She has also drawn Marvel’s X-Men’92, The Unbelievable Gwenpool, and Thor Vs Hulk. She lives in Jakarta, Indonesia.

ComiXology, an Amazon.com, Inc. subsidiary (NASDAQ:AMZN), is a cloud-based digital comics service. With content from over 125 publishers and thousands of independent creators from around the world, comiXology provides a diverse library of comic books, graphic novels, manga and bandes dessinées. The company’s first-in-class innovations include Guided View technology, which provides an immersive and cinematic reading experience, and a monthly subscription service. ComiXology is based in New York City, with operations in Seattle and Los Angeles. For more information, visit comixology.com and follow the company on Twitter, Facebookand Tumblr.