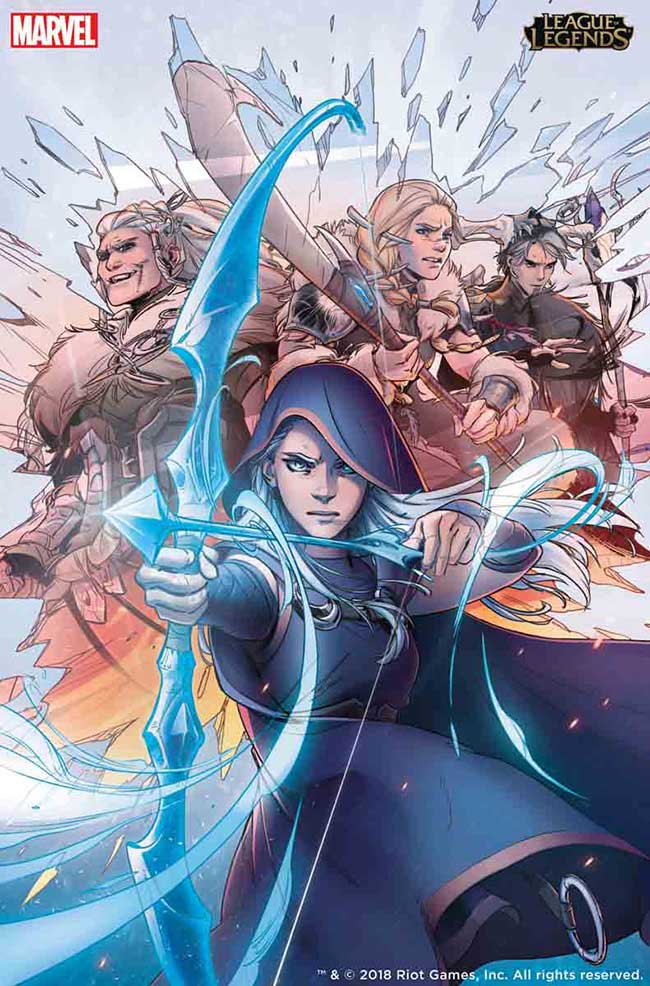 Last month, Marvel and Riot Games announced a series of League of Legends comics would be coming our way, and now we have our first look at League of Legends: Ashe: Warmother Special Edition #1 by Odin Austin Shafer and Nina Vakueva.

Thousands of years ago, the War of Three Sisters nearly tore the frigid wilds of the Freljord apart. Today, the tribes descended from the three sisters — the Winter’s Claw, the Avarosan, and the Frostguard — still fight for power and survival. Ashe, daughter of the Avarosan warmother, trains to someday lead her people. Food is scarce in the Freljord. Warmth, even more so.