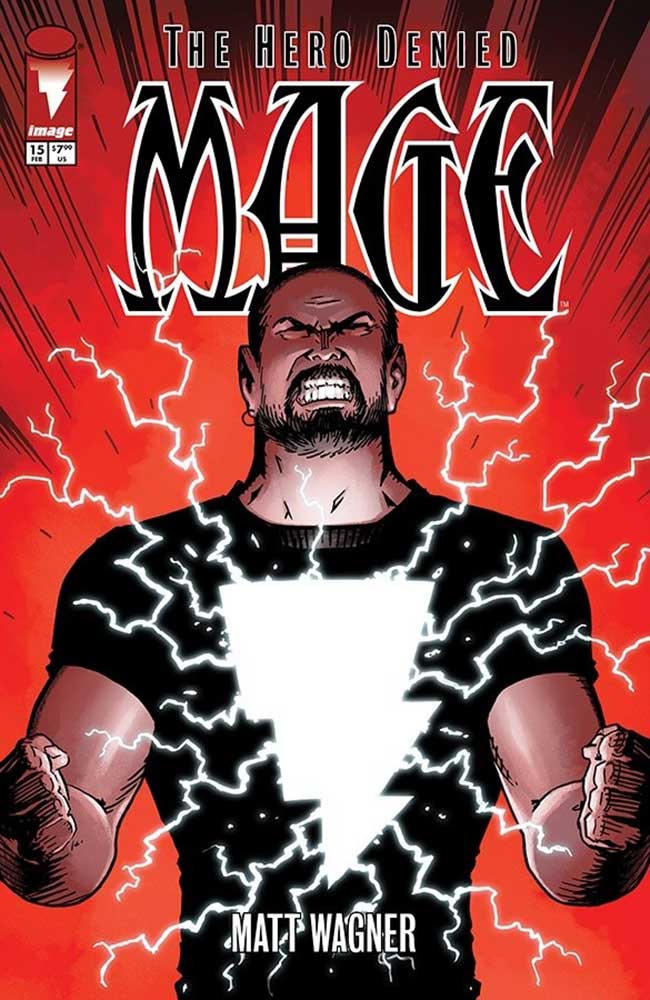 If you are the creator of a highly regarded series that started 35-years ago, and you are about to wrap up the entire story, what better way to do it than with an eight page gatefold stunt.

First premiering as part of the indie comics boom in the ’80s, MAGE tells the story of the classic Hero’s Journey through the lens of a contemporary setting and as an allegorical autobiography of Wagner himself.

Wagner’s fictional alter-ego, Kevin Matchstick, confronts both supernatural enemies as well as his own humanity in his heroic role—a modern-day incarnation of the legendary Pendragon, wielder of the mystic weapon, Excalibur.

“MAGE has been an utterly unique and rewarding experience for me,” said Wagner. “I’d like to thank both my new and longtime readers, especially those dedicated fans who have stuck with MAGE through the long gaps between the various books of the trilogy. Your continued interest and passion for this story have always served to inspire me. And I’d also like to thank the entire Image Comics crew in their unfailing support and enthusiasm for seeing this project through to completion.”