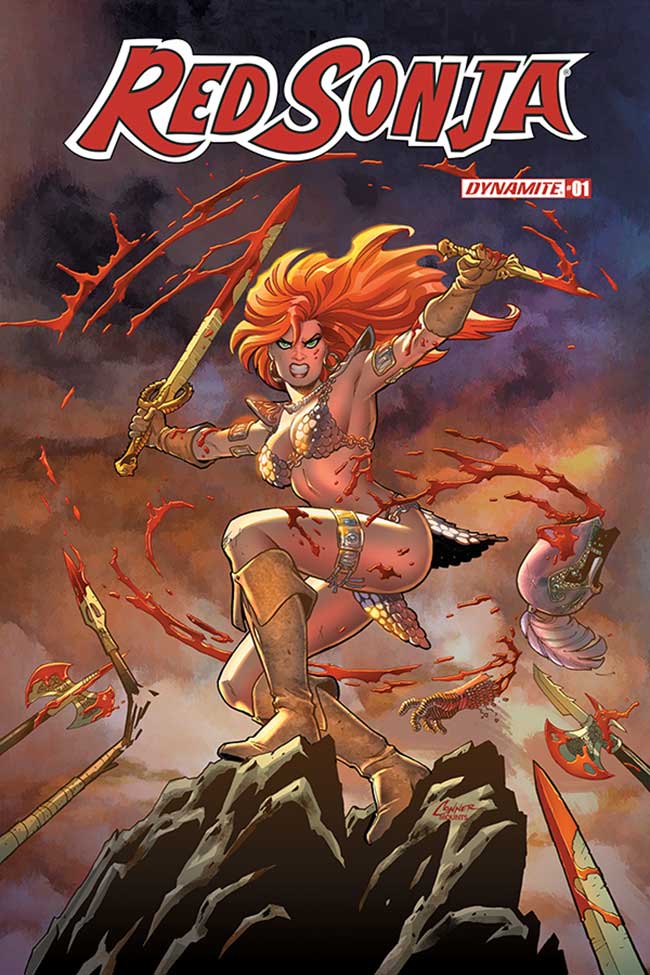 Mark Russell and Mirko Colak take on Red Sonja in 2019

Dynamite Entertainment has announced a new ongoing Red Sonja series is coming in 2019, and writer Mark Russell and artist Mirko Colak will deliver the action.

In Red Sonja, Russell and Colak bring forth the tale of Tomyris, a world conqueror possessing a massive army and a fatal prophecy. A bastard sorceress craves revenge. And a fearsome red-haired warrior is made wartime ruler of a homeland set for decimation. No man knows the place of her birth, nor where she learned to wield a sword to shame many a male. They know only that she is called The She-Devil Of The Hyrkanian Steppes. That, and RED SONJA.

“I’m a huge fan of ancient history because there’s no clear line where the history ends and legend begins, so in a way, all ancient history is a work of fantasy,” stated author Mark Russell.  “I really wanted to write a fantasy title that allowed me to work in some of the incredible stories and themes of ancient history, in particular, the story of Tomyris, the bad-ass Queen of the Steppes, and it’s hard to imagine a better character to tell that story than Red Sonja, the bad-ass Queen of Comics.”

The new Red Sonja series kicks off in February 2019.