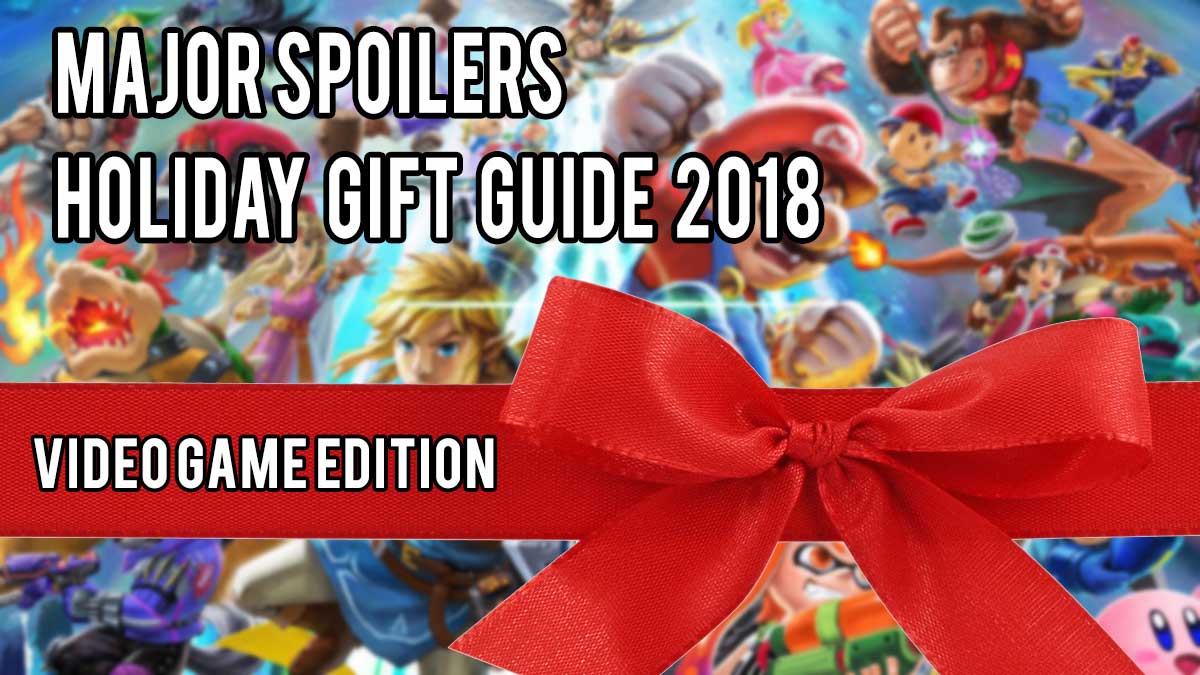 KH fans have been waiting for this one for years, but it looks like the next iteration of the Square/Disney crossover franchise is finally going to happen. “But Rodrigo,” you ask, “won’t the storyline be confusing if I haven’t played previous KH games?” Yes. Yes it will be. Honestly, though Kingdom Hearts’ storyline is so confusing that even diehard fans aren’t clear on the details so you won’t be too far behind.

Lastly, this game doesn’t come out until after the new year, so it makes for a good double bluff gag gift. Imagine the disappointment when your niece opens a big gift box that only has a scrap of paper, imagine it turning to excitement when she reads that it says “I got you Kingdom Hearts III… coming this January.”

If you’re like me, then your PS4 is already full, and whenever you want to download something new you end up shuffling stuff around for an hour. Well, this small, light drive can solve that problem. I use one of these to store my downloaded games and I love it.

I’m a huge, huge fan of Smash and ‘Ultimate’ is the latest entry in Nintendo’s premiere fighting game series. New additions to the roster include fighting game staples like Ken from Street Fighter, Classic characters like Simon Belmont from Castlevania, and big Nintendo baddies like Ridley and King K. Rool. If your gamer has a Switch, Smash Ultimate is the game to get.

I know, I know, giving the gamer in your life a $25 Nintendo, Playstation or XBox card seems like a cop out, but the fact of the matter is that today’s gaming is full of loot boxes, Paid DLCs and microtransactions. A card that can be applied to new skins, characters, or content can be a godsend, especially for young gamers who don’t have the expendable income.

If you thought Nintendo’s virtual figures went away with the Wii U, then I got news for you… They totally didn’t! In fact Amiibo are still going strong, with new figures coming out as new games appear. If you don’t know, Amiibo can interact with certain Nintendo Switch (and 2DS) games giving you advantages depending on the figure. The latest batch I’m excited for include new figures for Super Smash Brothers Ultimate: Wolf, Ridley and a Smash version of Splatoon’s Inkling are all coming out in December!

Drawful 2 is not a new game, but last time I played it I had such a blast that I’ve been singing its praises to anyone who will listen. This is an excellent party game and can be played by both kids and adults. Like most Jackbox games Drawful 2 can be played through all kinds of systems including Amazon Fire TV, Xfinity, and all the big consoles.

Overwatch’s resident Brazilian, rollerblading DJ is getting his own cereal! For real! Not only that but if you purchase a box of Lucio-Ohs you get in-game loot! Now for the Lightning round:

Is it a novelty?
Yes.
Is it good?
I mean, probably… It’s from Kellogg’s, so I assume it’ll just taste like fruit loops.
Is it a fun gift?
Definitely.

Get into the daily groove and boost your breakfast with Lúcio-Oh’s. pic.twitter.com/gIo7xAswC4

Earlier this year we got some great Megaman offerings, my favorite is definitely the Megaman X legacy collection. If you didn’t get a chance to play this series for Super NES now you get a second chance on your PC, Switch, PlayStation 4, or XBox One. When you get to Launch Octopus tell him Rodrigo sent you.