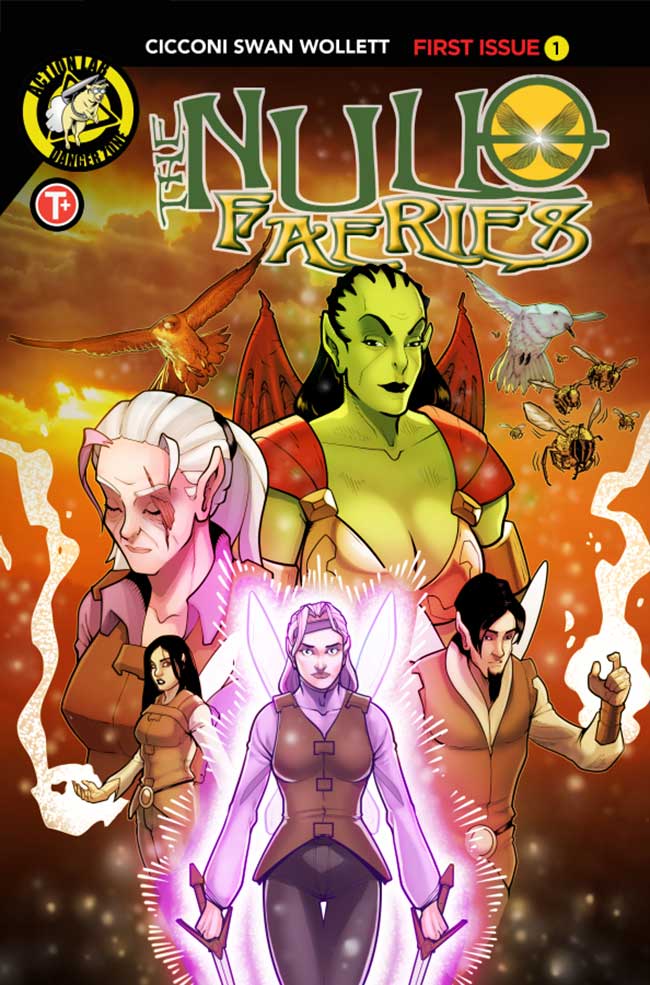 When a massive shipment of pixie dust is stolen, it is time to bring back an old champion to track down the culprit(s). Action Lab Entertainment has released a sneak peek of Null Faeries #1 by Chad Cicconi, Eddy Swan, and Adam Wollett.

NULL FAERIES #1
Writer(s): Chad Cicconi
Artist Name(s): Chad Cicconi (pencils, inks), Eddy Swan (colors), Adam Wollett (letters)
Cover Artist(s): Chad Cicconi (Covers A, B), Sorah Suhng (Variant – Cover C)
32 pgs./ T+ / FC
$3.99
In NULL FAERIES a massive shipment of pixie dust is stolen from the Faerie Queen, she must summon a forgotten champion — wounded, aged, and mortal — back into service as her Inquisitor, to solve the Faerie crime of the century and save the Faerie world from ruin. This story will appeal to adult fans of fantasy or magical worlds like Harry Potter and Lord of the Rings. It will also appeal to folks who enjoy Sherlock Holmes, police procedurals, and especially re-tellings of timeless myths, re-interpreted with modern sensibility, like Wicked or Into the Woods.