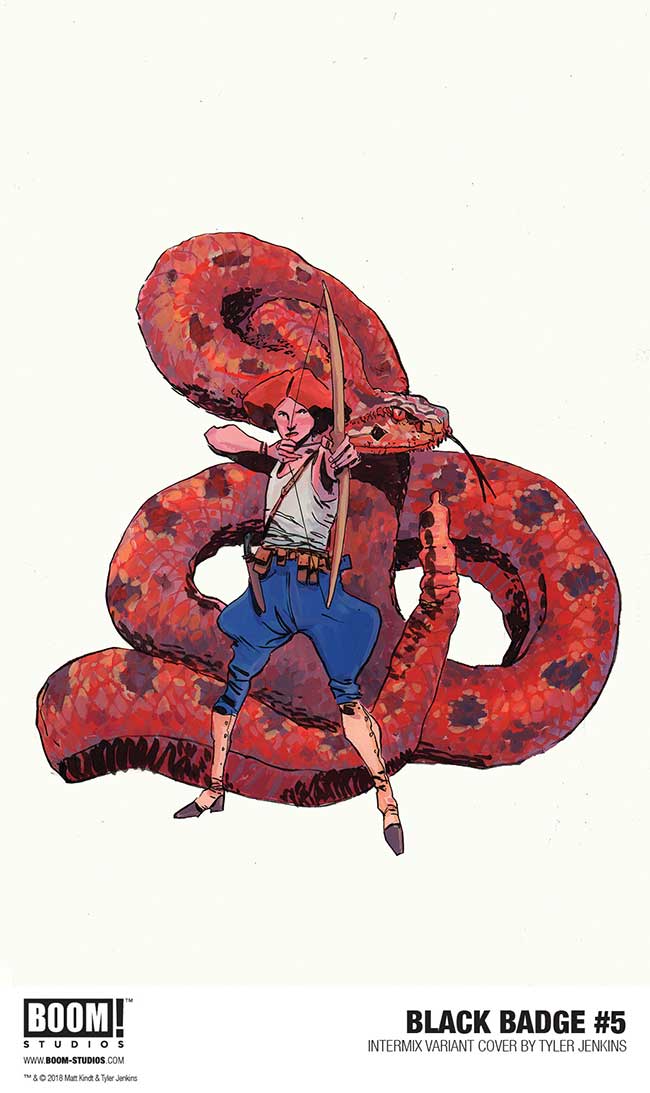 BOOM! Studios has released an early look at Black Badge #5 that arrives in stores on December 19, 2018.

It’s scout vs. scout in BLACK BADGE #5 as teams from across the country are pitted against each other in a vicious battle royale of cunning and savagery. With a fractured team and a potential traitor hiding in plain sight, the Black Badges must find a way to work together if they’re going to survive this deadly test of their skills.

“The greatest enemies are the ones closest to us – and when you’re a Black Badge, that means those enemies are also the deadliest.” said Eric Harburn, Senior Editor, BOOM! Studios. “Matt and Tyler have been hinting at the layers of conspiracy woven through the everyday of the Black Badges, and now we’re going to see just what was really going on when the team thought they were fighting the good fight.”