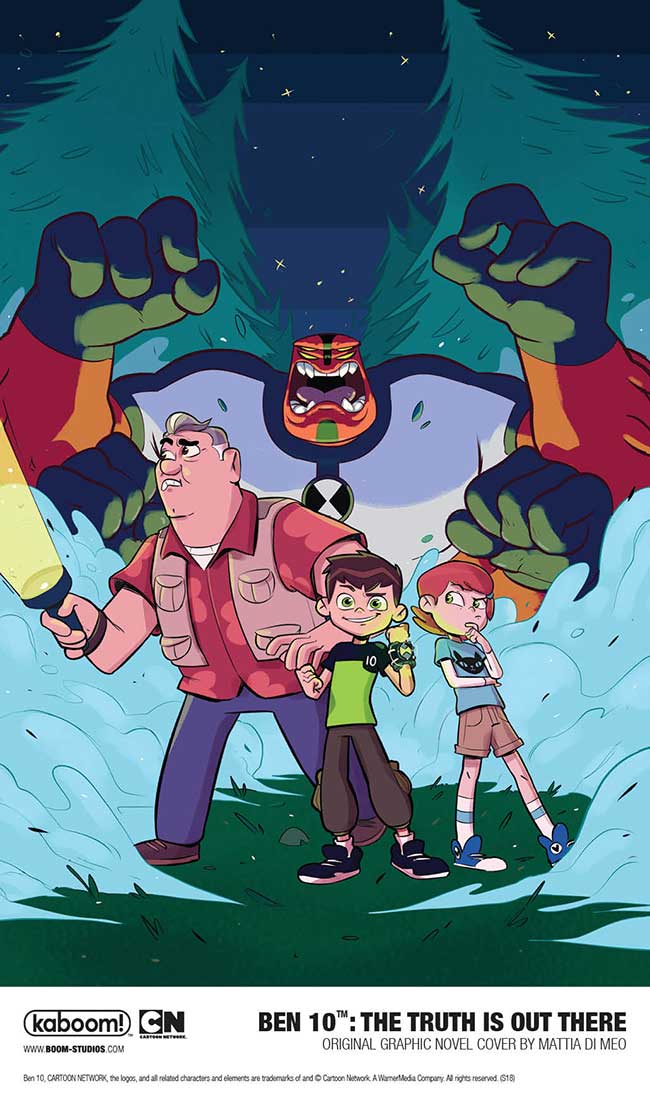 Here is your first look at Ben 10: The Truth is Out There

When BOOM! Studios announced the Ben 10 original graphic novel series, I saw more than a few of you get really excited over the news. Today, we have your first look at Ben 10: The Truth is Out There that is scheduled to arrive in March 2019.

Ben 10™ introduces fun loving, 10-year-old, Ben Tennyson, his cousin Gwen and Grandpa Max, as they travel the country during summer vacation. Once Ben finds the Omnitrix, a mysterious watch that transforms him into 10 different heroic aliens, a world of extraterrestrial superpowers opens up to him. Ben 10™ is produced by Cartoon Network Studios and created and executive produced by Man of Action Entertainment.

The original graphic novel is written by CB Lee with art by Lidan Chen, and is scheduled to arrive on March 26th, 2019.