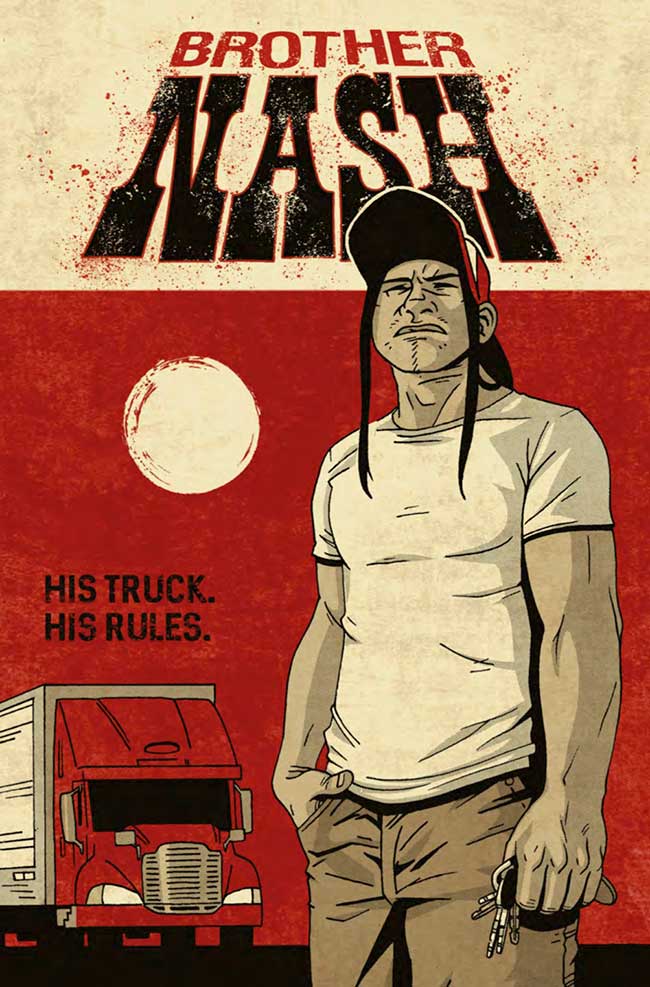 Titan Comics released this sneak peek of Brother Nash that arrives in stores this week.

Brother Nash must face the monsters of the night in Bridgit Connell’s mysterious adventure comic!

Nash is a trucker. He also sees ghosts, and when the moon is on the rise and violence threatens his friends… He roams as a wolf… As the highway beast!

When Nash takes on a mysterious hitchhiker heading for Tucson, he and his friends are dragged headfirst into his biggest and most dangerous adventure yet!