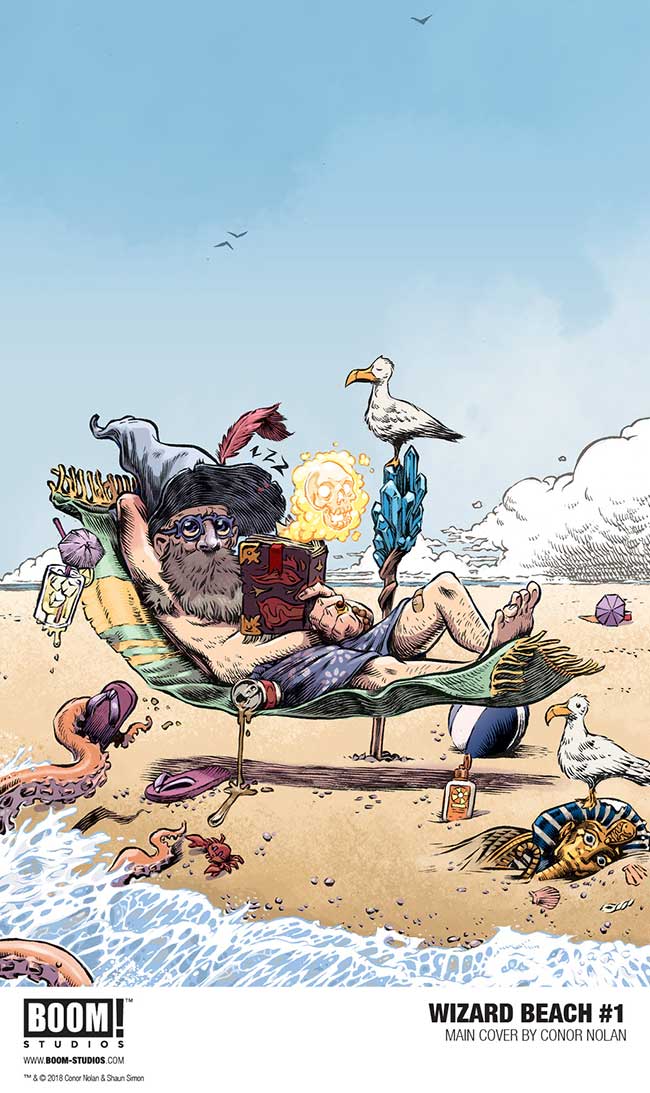 Today, BOOM! Studios has released a first look at Wizard Beach #1, the first in a five-issue mini-series from Shaun Simon and Conor Nolan.

What happens when a secret, reclusive community of mountain witches and forest wizards comes out of hiding and reveals itself to the world? A magical beach town with a boardwalk of magic shops and chill spots becomes the go-to location for those just looking to get away from it all. Enter Hexley Daggard Ragbottom, a young wizard who, against his father’s wishes, escapes the solitary confines of his isolated magical community to seek out the greatest wizard of all time, his Uncle Salazar, in an attempt to get his aid in fighting the life-threatening freeze killing their people.

But turns out, his Uncle “Sally” has other plans. Namely, napping and hanging out at his boardwalk magic shop “Wands and Such.”