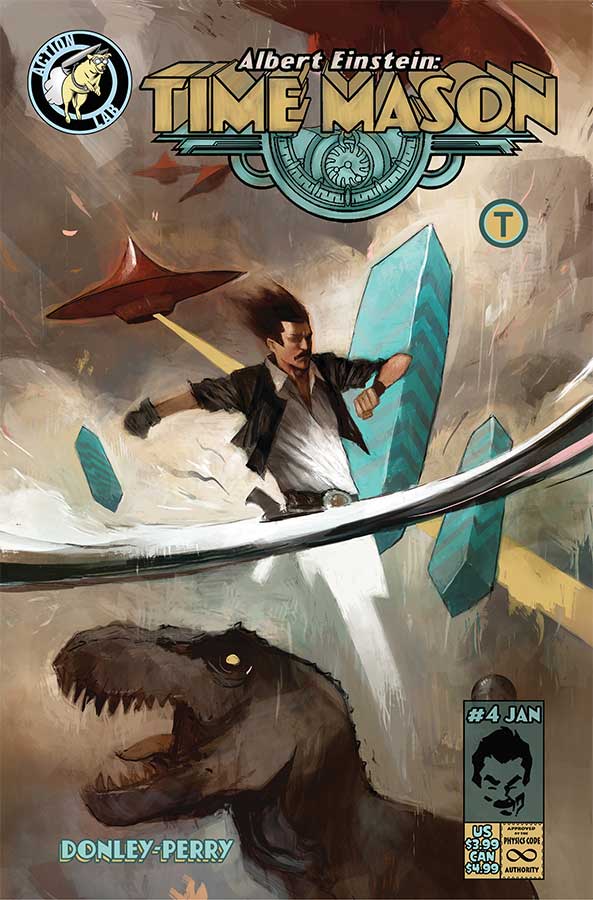 Action Lab Entertainment has released the cover images and solicitation information for titles arriving in January 2019. Left for dead in the old west, ALBERT EINSTEIN has to get the train back on the tracks if he wants to stop a thief from destroying our timestream. And the only way to do that is to hijack a train with legendary Young Gun, BILLY THE KID! But as Einstein closes in on the villain, his secret identity is threatening to be exposed back at Princeton. Saddle up for this epic adventure! A new story arc begins! Reuniting with an old friend, Athena travels by train from Istanbul en route to Paris when something begins horrifically killing her fellow passengers. Can the aviatrix stop the creature responsible for the carnage? The power of the AMULET has been sliced in half! One half Good. One half Evil. An uneven balance of power can destroy the universe! But first…The Evil DARKSTORM intends to destroy The Hero Squadron using this evil power! All looks DOOMED for our HEROES! Unless the Power of the Amulet can save them! But how? Only the one most worthy can posses it! Join us for this epic battle of super heroics and mystical realms! Based on the super hero creations of famous cartoonist Art Baltazar! AW YEAH!

NOTE: POWERS IN ACTION is awesome! This is it! Adrienne vs. The Black Knight for the fate of her sister! Everything has led up to this and the world of Princeless will never be the same. And finally, the identity of the Black Knight will be revealed. Meanwhile, Devin and company are in too deep.