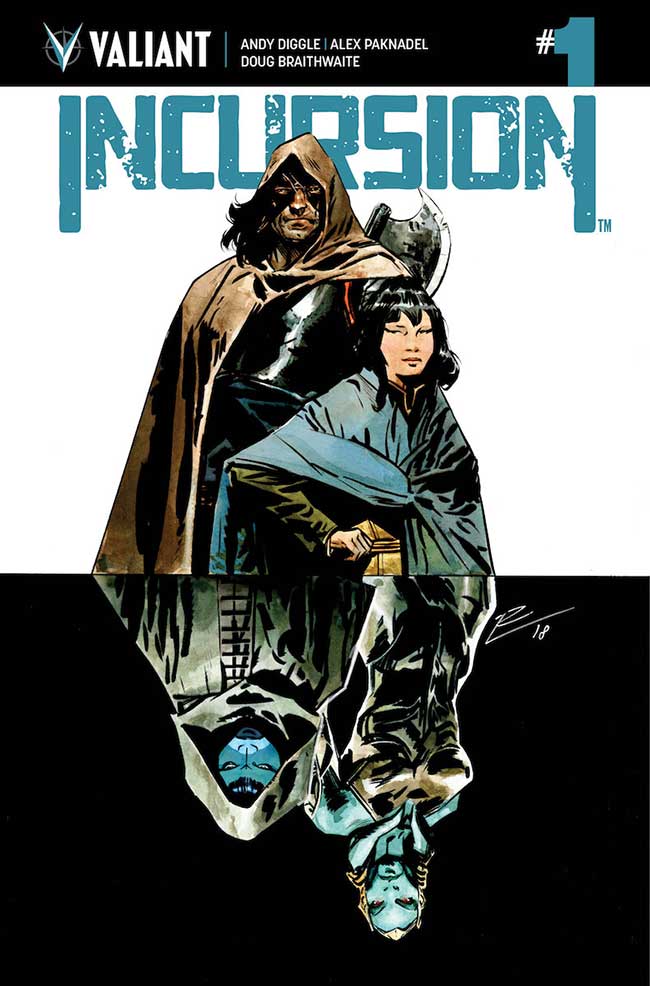 Valiant Entertainment has released this first look at the upcoming Incursion #1 from Andy Diggle, Alex Paknadel, and Doug Braithwaite. The issue arrives in February.

INCURSION #1 (of 4)
Written by ANDY DIGGLE and ALEX PAKNADEL
Art by DOUG BRAITHWAITE
Cover A by DOUG BRAITHWAITE
Cover B by ROBERTO DE LA TORRE
B/W Cover C by DOUG BRAITHWAITE
Blank Cover Also Available
$3.99 | 32 pgs. | T+ | On Sale FEBRUARY 20th
Beyond the margins of human reason lies a realm known as the Deadside, where the souls of the dearly departed linger – and where demons wait for us in the dark. For countless ages, Earth’s chosen protectors have guarded the veil between both worlds – but there are other doors to the Deadside, through which gruesome terrors from galaxies untold can trespass… With the planet’s freedom at stake, can the reigning Geomancer and her steadfast Eternal Warrior stand together against an invasion unlike any they’ve ever witnessed?