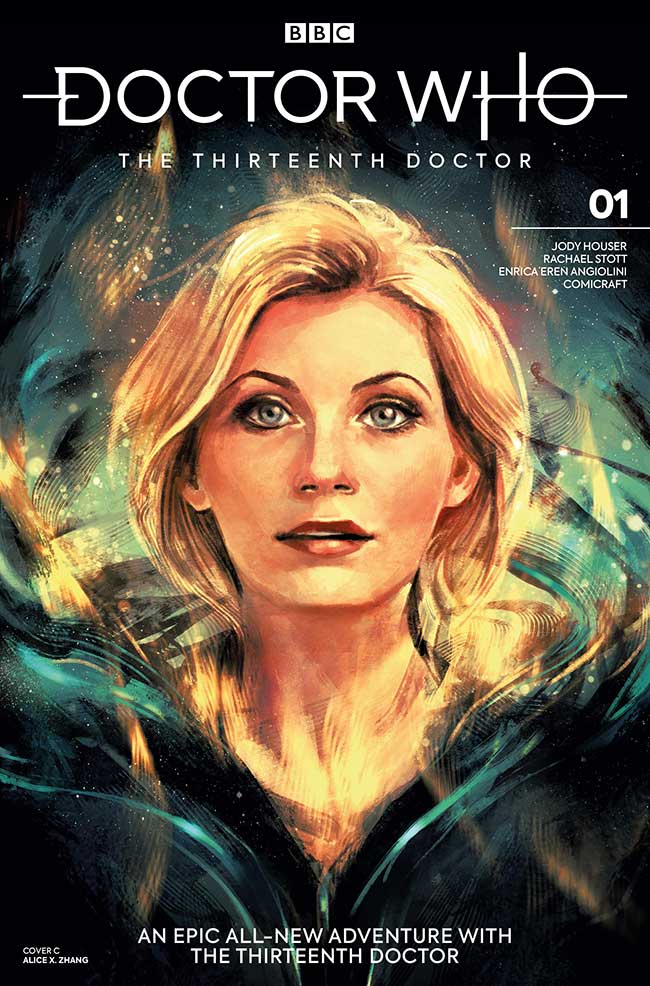 Doctor Who: Thirteenth Doctor #1 arrives in November, but Titan Comics was kind enough to share this sneak peek, including all thirteen covers, after the jump.

Experience mind-blowing challenges and dynamic adventures through time and space – right alongside the Doctor and her friends!

A new series for a new era on the TARDIS, from a creative team of astounding women – Eisner-nominated writer Jody Houser (Faith, Mother Panic, Star Wars: Rogue One, Spider-Man: Renew Your Vows, Orphan Black), art by Rachael Stott (Doctor Who, Motherlands, Star Trek/Planet of the Apes) and colors from Enrica Angiolini (Shades of Magic)!