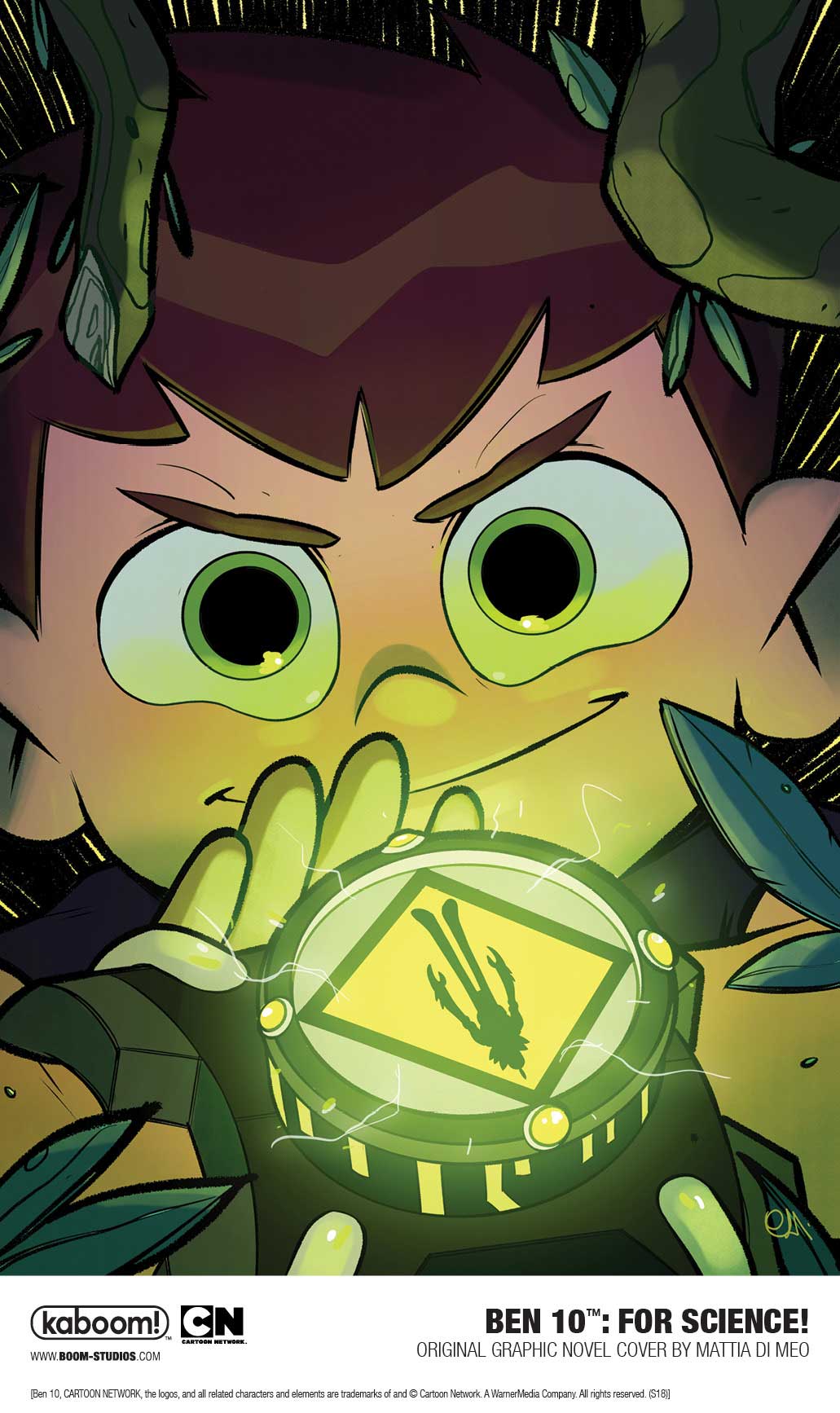 For years, Ben 10 was the only thing my kids would talk about, as they watched every – EVERY – adventure of the animated television show. Now BOOM! Studios is bringing Ben 10 to comic book shops with Ben 10: For Science! a middle grade original graphic novel in July 2019.

A science camp is attacked by a mysterious threat and Ben and Gwen must go undercover as campers to find out who or what is responsible. To have any chance of saving the day, they’ll need to follow the grisly trail of science experiments gone wrong.

Ben 10: For Science! is written by CB Lee, with art by Mattia Di Meo, and is scheduled for a July 2019 release.  This is the second Ben 10 book BOOM! Studios has announced. The first, Ben 10: The Truth is Out There by CB Lee and Lidan Chen arrives in March 2019.