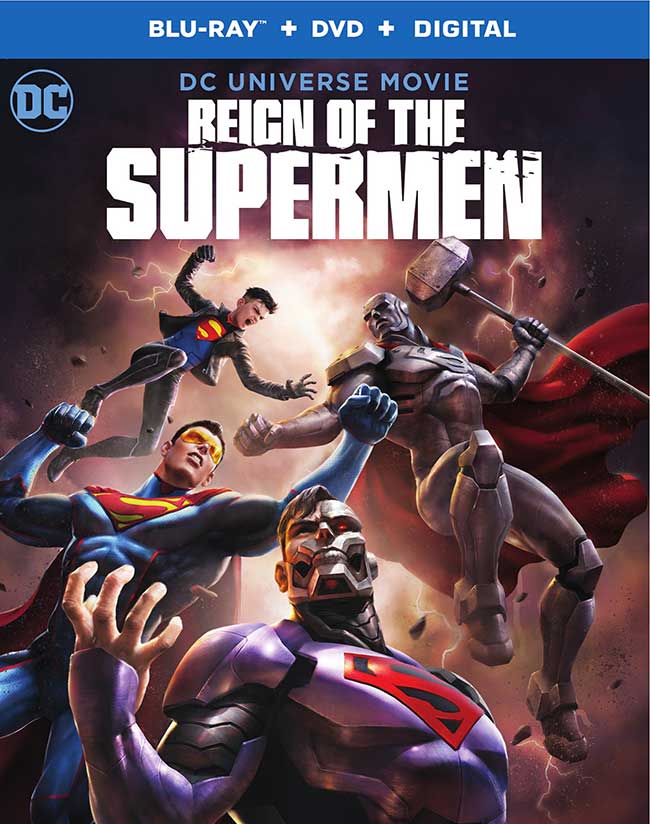 Reign of the Supermen arrives on January 29th, 2019

The Death of Superman turned into a two-part movie, and in January, we will see what happens next as the Reign of the Supermen arrives on 4K/Blu-ray/DVD and Digital formats.

The world must cope with the loss of Superman – and the sudden emergence of four would-be heirs to the title – in the all-new, action-packed “Reign of the Su…

Reign of the Supermen finds Earth’s citizens – and the Man of Steel’s heroic contemporaries – dealing with a world without Superman. But the aftermath of Superman’s death, and the subsequent disappearance of his body, leads to a new mystery – is Superman still alive? The question is further complicated when four new super-powered individuals – Steel, Cyborg Superman, Superboy and the Eradicator – emerge to proclaim themselves as the ultimate hero. In the end, only one will be able to proclaim himself the world’s true Superman.

While I don’t know if I’m thrilled with the direction the DC Animated Universe is taking, I do like the voice actor lineup in these movies. You will be able to pick up physical copies of Reign of the Supermen beginning on January 29th, 2019, but if you are a digital release kind of person, the movie will be available on January 15, 2019.