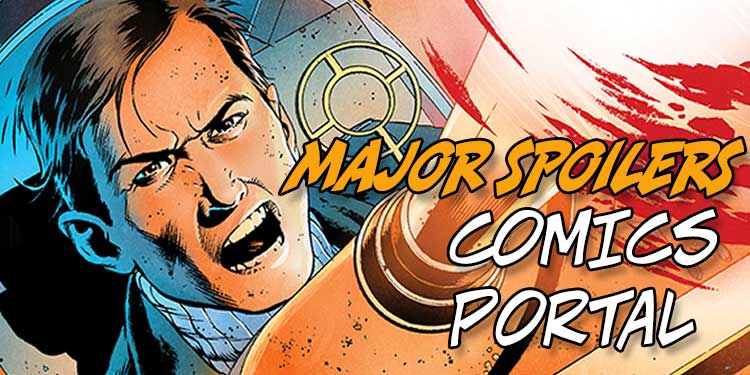 It’s always a good thing when comics are highlighted in places other than comics shops. After all, we want to get the word out to as many people as possible, right?

Well, as reported here at MajorSpoilers, a preview of the current James Bond comics from Dynamite Entertainment will be in the October 30 issue of Playboy. While that magazine is not my cup of tea, hey, if it draws more people to the industry, I’m all for it!

James Bond Origin writer Jeff Parker, artist Bob Q, colorist Jordie Bellaire, and letterer Simon Bowland have completed a new, stand-alone six-page story for the issue. Like the series it spins off from, this story features a 17-year-old James Bond and his exploits during World War II.

“In our story, James is dropped off the coast of Belgium to help a Resistance cell take out a supply train that’s important to the Nazis,” said scripter Parker. “This turned out great, and I hope readers enjoy it as much as we did making it.”

Of course, many comics fans know Mr. Parker’s work, including such great books as Batman ’66 and Future Quest. He’s also created a lot of his own titles and graphic novels, which I’ve always enjoyed. I’m going to be fascinated to see what he has in store for 007. Ian Fleming’s James Bond has been previously available in the pages of Playboy, although not in comic book format. Several original short stories by Fleming were published in this magazine back in the 1960s.

It’s also not the first time a comic book excerpt has appeared there. Back when The Walking Dead first appeared, a portion of an early comic from that series appeared in Playboy as well.

It reminds me of the fact that we’ve recently had comics in different types of stores, including Toys R Us. Currently, DC has special comics on sale in Walmart, something I’ve been trying very hard to get copies of. I just picked up the Halloween special, for instance!

Do I think the readers of Playboy will be interested in comic books? Maybe. Of course, if we’re lucky, we’ll get a portion of the people who come across that insert. After all, James Bond is quite the well-known character, mostly known for the novels and movies. If we can draw at least some of those people to the comic, hey, I’m all for it!

WHAT ABOUT THE COMIC? The recent James Bond comic series from Dynamite has gone over pretty well, even though it’s been coming out in a miniseries format rather than an ongoing one. They’ve also had a variety of folks working on the book, including Warren Ellis and the aforementioned Mr. Parker.

I’ve read several of the issues, and they’re quite true to the original novels from Ian Fleming, in my opinion. They take place in several periods of 007’s life as a spy, sometimes filling in the gaps we’ve not explored before.

One of the biggest fans of the book I know of is my brother, Randy. Whenever I’m with him and we go to a comics shop, he’s looking through whatever individual issues are available there to fill in any holes in his collection. He does get the trades, too, but he’s enjoying the floppies a lot, too!

And why not? There’s a lot of adventure, intrigue and character in the series, which makes it perfect “Bond, James Bond.” The issue of Playboy with this insert included is now available digitally, and you should look for print editions to go on sale on Tuesday, October 30. Of course, James Bond Origin #1 debuted recently in September.

While I’m not convinced Playboy is a good venue for too many more comics to be promoted in, I like the fact that this is another effort to reach out and try to draw in more potential fans/readers/buyers.

Maybe Sex Criminals would be a good choice for an excerpt there? Or perhaps Sex? I just wouldn’t want people who came across those to expect the majority of comics to be like that!

Whatever happens, I think it’s another smart move in the industry’s attempt to bring in new readers or drawback folks who may have stopped by comic books for whatever reason. In my mind, it’s a good thing.

I hope we get even more of this strategy in the months and years ahead!

What do you think? Does this insert make you want to buy this issue of Playboy? Are there buyers of the magazine you think would pick up comics if they came across this? Are there other avenues the industry should pursue besides Playboy and Walmart, as completely disparate as they are? Whatever your opinion, be sure to share it in the space below!