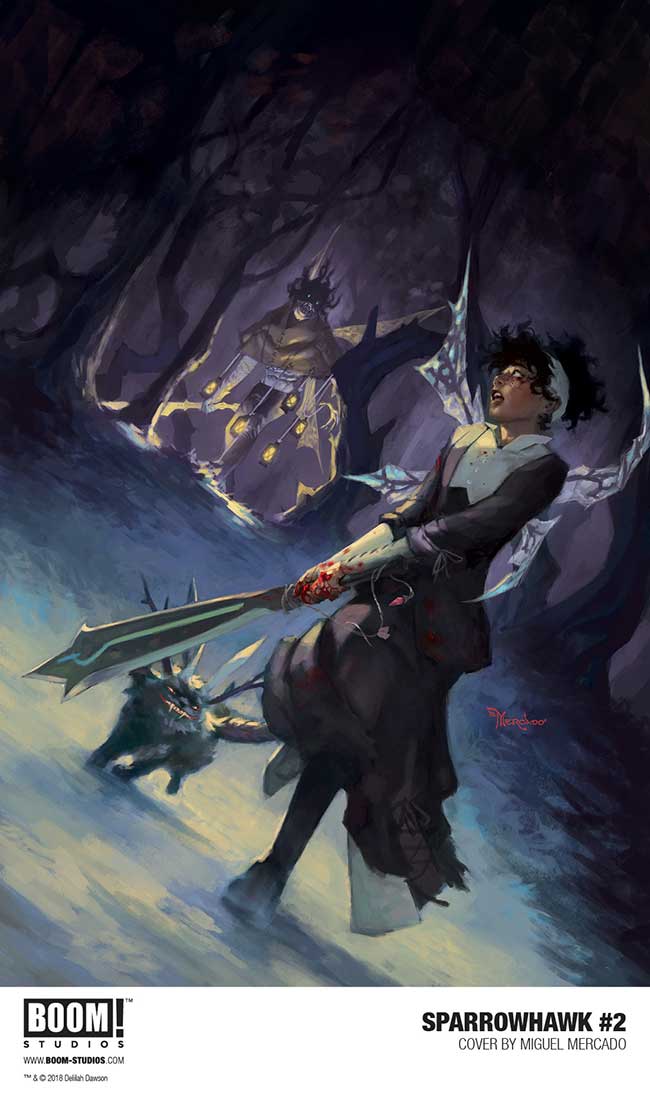 BOOM! Studios has released an early look at Sparrowhawk #2 from Delilah S. Dawson, and Matias Basla, that is scheduled to arrive on November 7th.

Artemisia is the daughter of a Naval Captain, born of two very different worlds and never quite fitting in with her father’s family nor the high-class life to which they belong in the complicated time that is the Victorian Era of London, 1851. Trapped in the beautiful, deadly world of Faerie, Art realizes that there is only one way out. To survive, she has to fight. To escape, she has to win.

“Art’s journey has just begun – and now she’s going to make the truly hard choices needed to save two worlds…and herself in the process,” said Chris Rosa, Editor, BOOM! Studios in a press release

. “Delilah, Matias, Rebecca, Jim, Miguel and the whole team are about to take you even deeper into the world of Faerie, where nothing is quite what it seems and everything is uncertain. It’s going to be one helluva ride!”