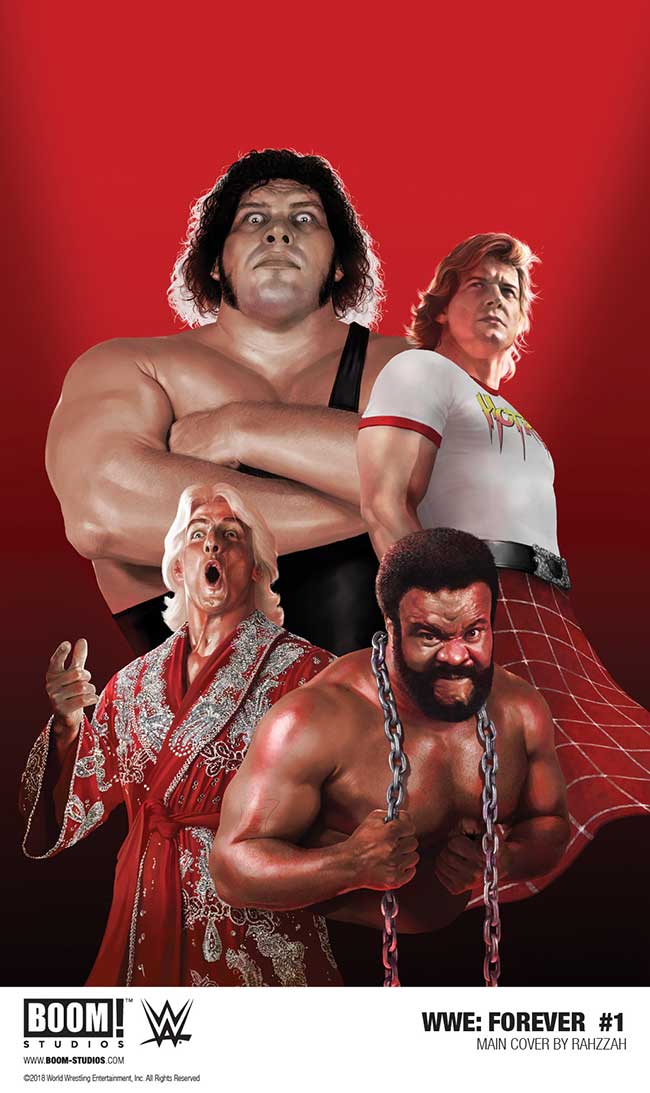 If you like the wrestling comics BOOM! Studios is currently releasing, be on the lookout for an all-new, over-sized, one-shot special featuring the greatest WWE Legends in the pages of WWE: Forever #1.