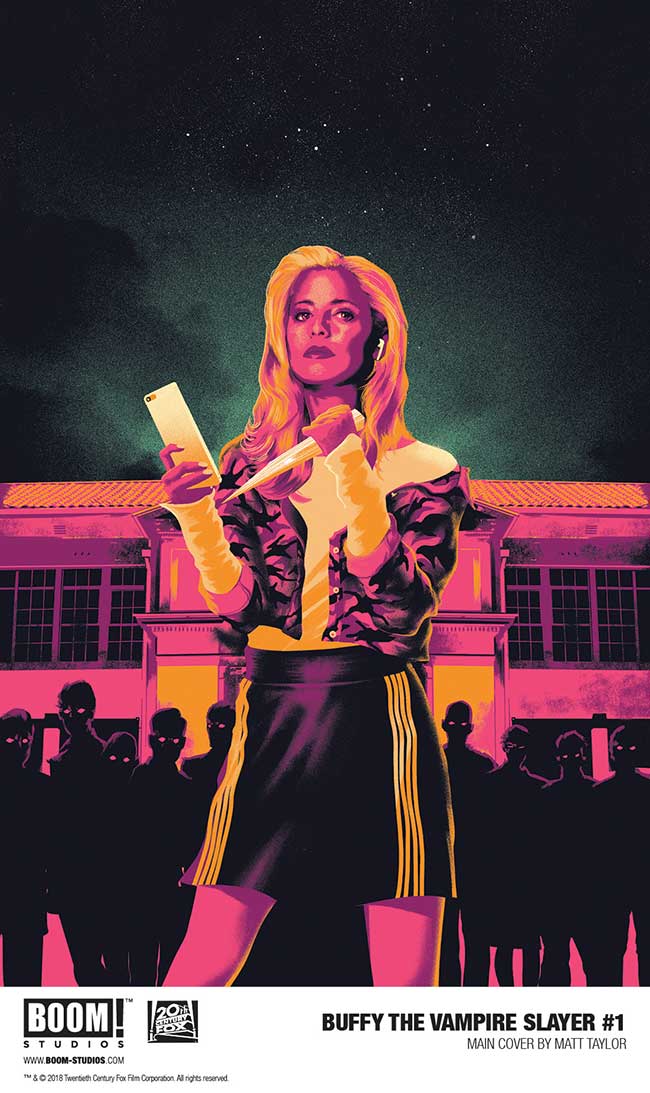 At the New York Comic-Con, BOOM! Studios announced the creative team for the newly acquired Buffy the Vampire Slayer series.

According to BOOM! Studios, Jordie Bellaire and Russ Manning will be joined by artist Dan Mora to bring the series to life with story consultant Joss Whedon.

“The world of Buffy The Vampire Slayer has been so richly developed over the last twenty years, so when it came time for us to decide where to take the franchise under Joss’ guidance, there was only one answer in our minds – reimagining the story of Buffy and the Gang for a new generation,” said Jeanine Schaefer, Executive Editor, BOOM! Studios in a press release from the company. “The world right now is scarier than it’s ever been; placing these characters firmly in 2019, we can use the themes that were so integral to the show — identity, agency, and empathy — to examine our world and the heroes and monsters that lurk inside all of us…and punch those monsters right in the face. Whether you’re a long time member of the Scooby Gang or totally new to the world of the Chosen One, BUFFY THE VAMPIRE SLAYER #1 was made for you.”