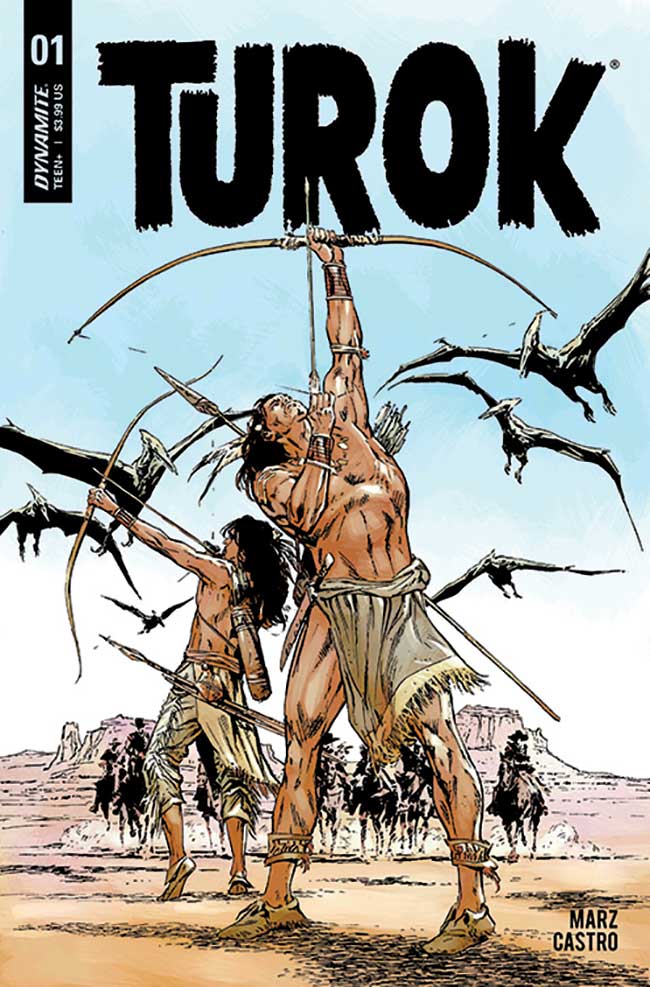 Dynamite Entertainment has announced the return of Turok, in an all-new series from writer Ron Marz, and artist Roberto Castro.

According to Dynamite Entertainment, Turok is the hero that will rise in the Old West.

Turok pursues his kidnapped brother… in the Badlands of the Old West! In the waning days of the Indian Wars, the U.S. cavalry has captured Andar, but Turok will stop at nothing to rescue him. But that quest will lead Turok, Andar, and even the soldiers to a strange, lost land inhabited by creatures beyond their imaginations. This is Turok as you’ve never seen him before … and Turok as you’ve always seen him!

“I wanted to build my Turok story by going back to the original version, not so much in terms of the specifics, but in terms of the spirit. We’re not imitating anything that’s come before, but we’re definitely trying to capture the feel of what made those stories cool,” said author Ron Marz in a press release from Dynamite Entertainment. “We have a Native American and his brother, we have a lost land inhabited by dinosaurs and other time-lost denizens. But this is not a specific Turok we have seen before, because we’re setting this in the 1880s, in the waning days of the Indian Wars in the Old West.”

Turok #1 is scheduled to arrive in January 2019, but no specific Wednesday as been announced at the time of this posting.