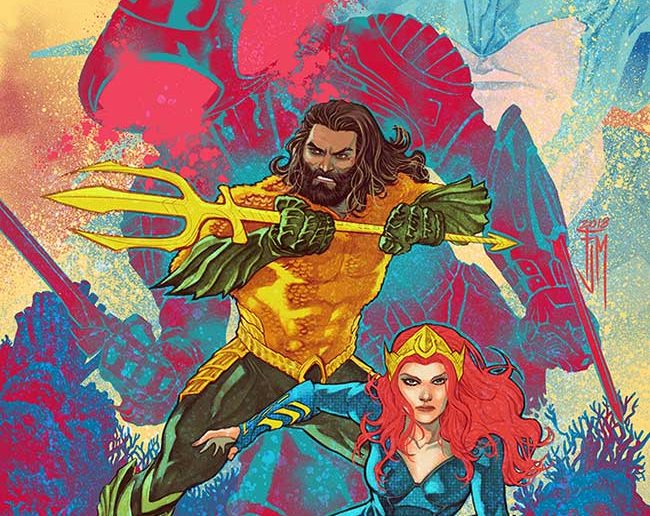 If you love variant covers (and who doesn’t? Bad people, that’s who. Very bad people), then you’re in double luck this morning as DC Comics has revealed two variant covers for the upcoming Justice League/Aquaman: Drowned Earth event.

The saga begins with JUSTICE LEAGUE/AQUAMAN: DROWNED EARTH #1 by James Tynion IV and Howard Porter, on sale October 31. This 48-page one-shot introduces the Ocean Lords—ancient and powerful deities with an axe to grind against both Aquaman and Wonder Woman and a plan to flood the world. As the rest of the League races to stop the waters from rising, Arthur faces off against his nemesis Black Manta in a must-win battle if he is to retain his connection to the world’s oceans. The story continues in JUSTICE LEAGUE #11, on sale November 7. As you can tell, the variant covers are based around the upcoming Aquaman movie. The first is Francis Manapul’s cover for Justice League/Aquaman: Drowned Earth #1, and the second is from Justice League #11 by Francesco Mattina.