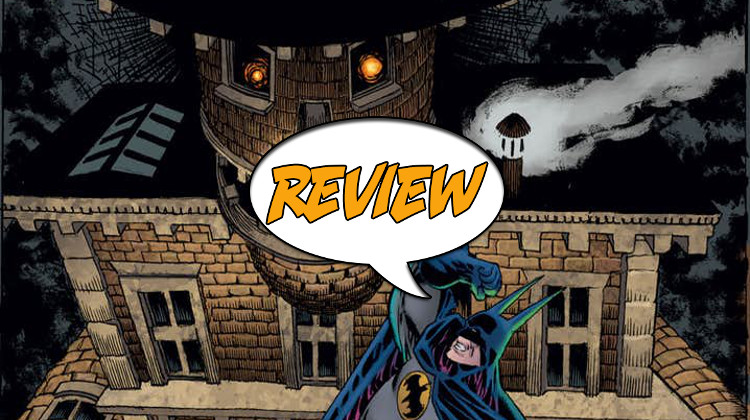 The Scarecrow has never been one of Batman’s A-list baddies. In fact, he may even be a C-lister, when you think about it. You overcome your fears, you take him down pretty quickly. But what if you or those around couldn’t overcome their fears? What if you go from fear to fear, in torture to torture?

That’s a lot of what this miniseries is about! If it goes well, it may catapult Scarecrow into the upper levels of Bat-baddies!

Previously in Batman: Kings of Fear:  Scarecrow is loose in the streets of Gotham City, and Batman must drag him back to Arkham Asylum! To make matters worse, he’s doused Batman with the strongest batch of fear gas in his arsenal, turning the city the Dark Knight Detective protects into his worst nightmare and enemy!

FEAR IS THE MOST DANGEROUS EMOTION

I’ve read many articles about fear, and I’ve discovered that many scientists consider it to be the most dangerous of our emotions. After all, the body can shut down, and the mind can seize up when afraid more than any other emotion, such as love or jealousy. Granted, they can be dangerous, too, but fear has many of the most restrictive of reactions.

As previously mentioned, Scarecrow continues to be a lower-level villain in spite of this. Now, Batman’s good at overcoming fear, and has been literally for decades. This comic is exploring the question of a situation when Batman doesn’t accomplish this, making the Dark Knight vulnerable.

What makes this comic interesting is the use of various people in Batman’s life to communicate the various levels of fear. We see Commissioner Gordon and Alfred to the Dark Knight’s rogues’ gallery.

Mr. Peterson does an excellent job of keeping Batman off his guard, and things make the Dark Knight very uncertain. Given Batman’s ability to be in charge and to figure out exactly what’s happening, well, that’s quite an accomplishment.

I also found the various heroes and villains are in character much of the time. And to see them work together at times, well, that’s scary, too!

JONES’ ART IS AS STRONG AS EVER

Probably the best-loved Batman story that Kelley Jones ever provided the art for was when Batman became a vampire.  I honestly haven’t seen much of his art since then, but it’s great to see it again!

As always, it’s dynamic and gripping storytelling. Faces are as strong as action sequences, so it’s hard to take your eyes off it.

Of course, the one thing I still struggle with is Jones’ super-tall Bat-ears. I mean, how does he walk through a doorway without it them being knocked off? I never get that!

Still, it does make this version of the Dark Knight unique, for sure!

It’s still going to be quite a challenge to move Scarecrow up the ladder of Bat-villains to reach the upper echelons. They do have four more issues to go, so it could happen!

I mean, I like seeing others like the Penguin get their chances to take it to Batman. The closer you get to making the Dark Knight sweat, the better!

The art remains the best part of this comic, but I do still like the story. I’m still not sure if it will become a classic Bat-story, but we’ll see!

The art remains the best part of this comic, but I do still like the story.