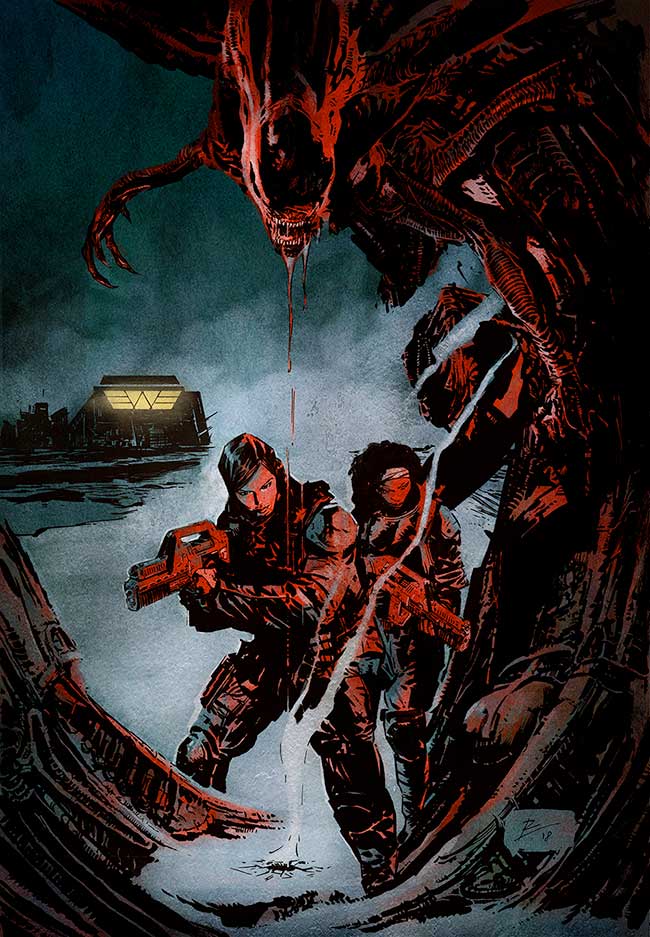 Ahead of the New York Comic Con, Dark Horse Comics has announced the coming release of Aliens: Resistance from writer Brian Wood. Aliens: Resistance follows the events of the popular video game Aliens: Isolation which starred Ellen Ripley’s daughter Amanda Ripley fifteen years after the events of the original film as she fought for survival against the monstrous xenomorph aboard a remote space station while attempting to uncover the hidden secrets of her mother’s disappearance from the insidious Weyland-Yutani Corporation. Now, in Aliens: Resistance, Ripley is kept silent by Weyland-Yutani now that the xenomorph threat has been brought to light. But when Zula Hendricks, the Ex-Colonial Marine from Aliens: Defiance, arrives in need of Ripley’s help to expose a sinister bio-weapons program, the duo teams up to lead a resistance against an upgraded arsenal designed to keep the darkest atrocities secret!

In addition to the writing from Brian Wood, art will be provided by Robert Carey with colors from Dan Jackson.