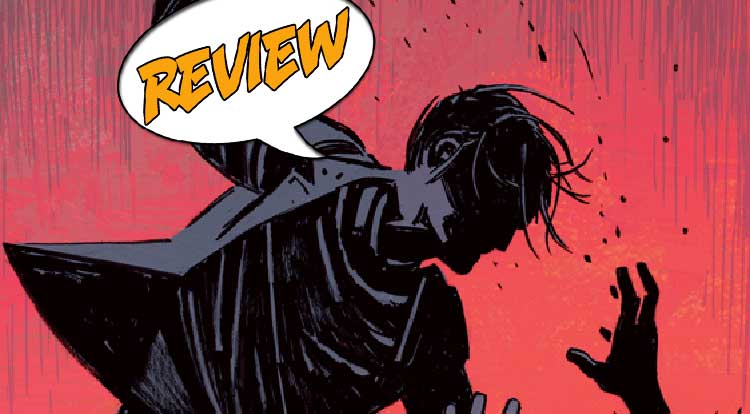 For those who done her wrong, Red has only bloody revenge in mind as she plunges through the tunnels beneath Portland in search of vengeance in Shanghai Red #4 from Image Comics. Previously in Shanghai Red: Molly Wolfram, aka Jack, aka Red, is back in Portland seeking revenge against those who wronged her.  In her wake, on sea and on land, are the bodies of the men who took her.  Now, she nears the heart of the operation.  Under the streets of Portland, and back on water, her search for vengeance against the men who stole her freedom begins its bloody climax in Shanghai Red #4.

Today, we have more freedom and choice than anyone who came before us.  Sure, your options may be limited in part by your economic circumstances, but absent committing a crime, no one is going to take you off the street, strip you of your freedom, and put you to work for years and years with no hope of returning home.

Imagine, then, if that happened to you.  You’re going about your life, making choices for yourself, when you lose that freedom.  Your options are reduced to two – either do what your captors tell you, or die.  That is the choice Molly Wolfram faced in the opening issue of Shanghai Red when she was press-ganged onto an ocean-going ship.

And what would you do, if like Molly, you stumbled across your freedom?  Would you return to your comfortable life, and try to put away all the horrors inflicted upon you by the men who stole you and your freedom?  Or, would you use that unexpected grace to launch a mission of revenge against those same men who took everything you ever valued from you?

Molly chose the darker, bloodier path.  Shanghai Red #4 opens with Molly leading her pursuers a merry dance in the tunnels beneath Portland.  She has spent the last few issues backtracking her way towards the head of the operation that pressganged her.  She has become a honed killing machine, using the environment around her to take down her pursuers, often bloodily, one by one.  She strikes without pity, without remorse, all with the one aim of exacting her revenge.

Christopher Sebela’s script is exhausting in its punishing brutality as Molly cuts a swathe above and below the streets of Portland.  You can sense Molly’s single-mindedness, and the consequent exhaustion she feels.  Sebela makes clever use of flashbacks to link earlier events in Molly’s story with her current situation, contrasting her attack on her enemies with her vulnerability when she was first taken.  Shanghai Red #4 is as much about turning the tables as it is an examination of someone whose sole purpose is to kill.

Those same flashbacks remind the reader that Molly, a woman, was press-ganged onto a ship of men.  There are hints of the horrors that followed, that are born out in the choice she has made to punish those who took her.  It makes for a fascinating study in obsession as Molly puts herself in greater and greater danger to seek a measure of satisfaction.

Also of note is the gender blurring that occurs here.  Molly assumed the name ‘Jack’ at some point during her travels.  Her hair is short, and she dresses like a man.  Indeed, the story has stripped away her femininity, a sacrifice, it seems, necessary for her to kill and kill again.  A little towards the end of Shanghai Red #4, Molly meets with her sister, and some of her old self-reappears, but it is clear that she has deliberately put aside a part of herself to enable her vengeance.

If Sebela lays the groundwork, then Joshua Hixson provides the superstructure of this story.  His cover to Shanghai Red #4 brilliant encapsulates the character of Molly, and the principle thesis of the series.  Molly wields her machete with abandon, against a backdrop of gouting blood and her victim’s futile effort to escape the punishment she is meting out.

Inside, the artwork has a striking vigor and power.  The use of light and shadow, especially in the chase scenes in the tunnels beneath Portland, does much to set the mood.  Indeed, the sketchiness of most of the characters serves to underline the primitive urge that Molly is seeking to fulfill, as any sort of refinement to the art would undermine the brutality of her actions.  There’s a powerful scene where Molly starts to drown a man before pulling out her machete and striking him repeatedly that leaves the reader in no doubt how she feels about those who wronged her.

BOTTOM LINE – HELL IS OTHER PEOPLE

Shanghai Red #4 isn’t going to be for everyone.  It is punishing.  It is brutal.  It leaves little to the imagination.  The storytelling is strong, and the artwork striking.  It will leave the reader with a jaundiced view of other people.  It should make readers think about the lives of people, not too dissimilar to us, living in an age where personal freedom was, for some, more transitory than we like to think.  Shanghai Red #4 is certainly a bloody search for vengeance by a profoundly damaged person.  But it also asks the question, and leaves it unanswered for now – what do you do after you have your revenge?