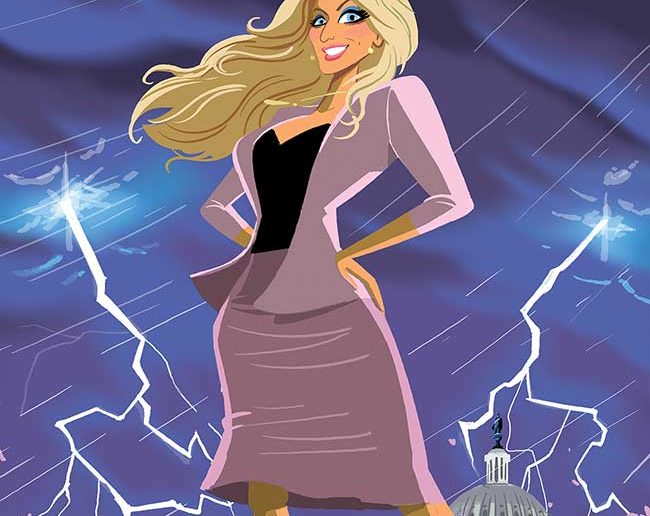 Stormy Daniels gets her own bio comic book from TidalWave Productions

It’s been a while since we’ve talked about TidalWave Productions (aka Bluewater Productions), but the company is still around and still producing bio comics – the most recent a biography on Stormy Daniels. 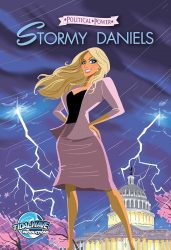 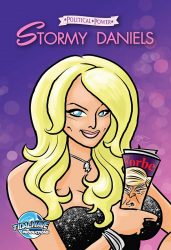 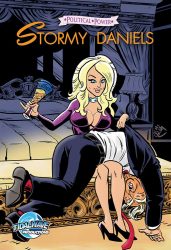 Stephanie Clifford (stage name Stormy Daniels) rose from the strip clubs of Baton Rouge to the top of the adult film industry. Today, however, she is best known as the woman at the center of a hush money scandal involving the president of the United States. Through threats, lawsuits, and politically motivated arrests Clifford has refused to back down in her demand that the president be held responsible for his actions. Witness her journey from scrappy opportunist to unlikely feminist icon in the newest issue of Political Power!

Written and drawn by Joe Paradise, and featuring cover by famed comic book artist Joey Mason, this 24-page book is available both digitally and in print and can be found on multiple platforms.

The Stormy Daniels bio-comic is part of the Tidalwave Productions’ “Political Power” series and is available right now.