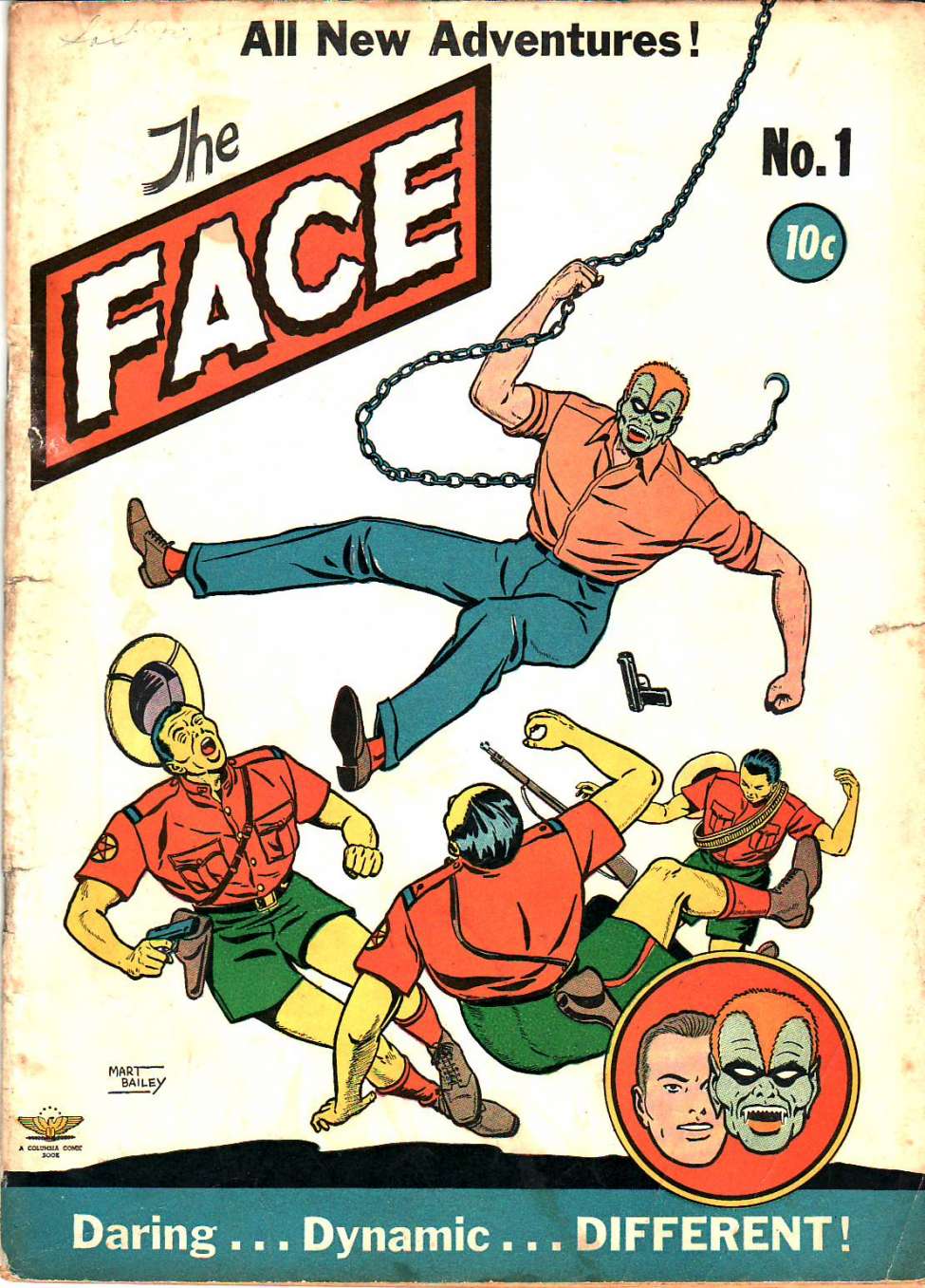 A publisher known for resurrecting characters that deserve new stories, Pro Se Productions announces that it has licensed three comic characters, two from the 1940s and one from the 1950s, from Ronald Frantz. Author of FANDOM: CONFIDENTIAL, Frantz is also the Founder and Publisher of ACE Comics and the rights holder to the original Skyman and The Face, both characters originally published by Columbia Comics, and Nature Boy, originally published by Charlton Comics in 1956-57. Pro Se will publish prose anthologies, digest novels, and full length novels that feature the three characters individually, with at least one of the characters interacting in a shared universe setting.

“After working with the greats of the comics industry,” says Frantz, “such as Ditko, Boyette, Toth, Gill, Defuccio, and more, I’m happy to see The Original Skyman, The Face, and Nature Boy in the care of Tommy Hancock and Pro Se Press.” All three characters will be presented in their original context, time periods, and characterizations. This means that the adventures of each will take place either during the period in which they were originally published or immediately after their publishing dates, as if the stories simply continued. “It’s one of the best things,” says Tommy Hancock, Editor in Chief of Pro Se Productions, “about being a part of Pro Se. We have worked hard to build a reputation as a good keeper of legacies already established by characters of the past. All three of these heroes have so many more stories that are possible and I’d be lying if I said I wasn’t tickled to death that we are going to get to tell them. The Face is one of my personal favorites from the Golden Age of Comics and being able to add my name to his history in some way is a personal win. The original Skyman has so many fans that we hope will follow him into prose, and then to have a character as cool as Nature Boy with so much left to explore, it’s all just exciting. Both as a fan and as a Publisher, I am more than honored to be given the chance by Ron to carry these characters into a new medium and into the future.” The Face will be introduced in an anthology that is a part of Pro Se’s PULP OBSCURA imprint. Although he will appear in solo stories at least in the first collection, The Face will be inserted into a world where public domain characters and licensed characters from various mediums co exist, so guest stars from Pulp magazines, old time radio, and more may cross paths with Tony Trent and his horrific, heroic alter ego.

Nature Boy and the original Skyman will appear within the next year in their own individual books and one or both may also be included as a part of PULP OBSCURA.

Frantz says, “I am pleased to entrust the creative fate of The Original Skyman, The Face, and Nature Boy to Tommy Hancock. I’ve seen his publications and I’m glad to be associated with Pro Se Press.”

Submission Calls will be posted for all three characters in the coming days.