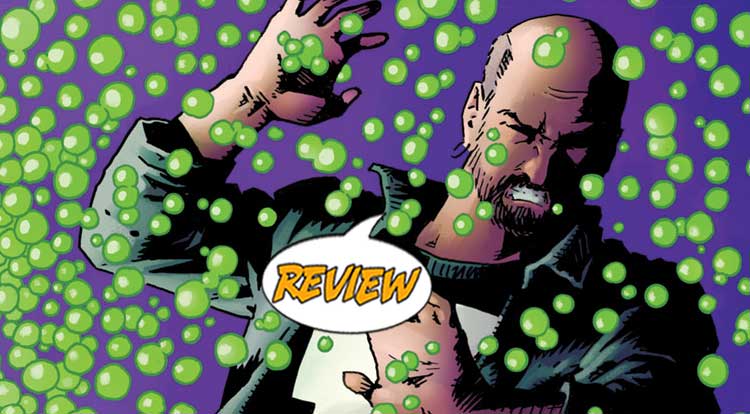 Will the answer to Kevin’s quest be found in the realm of Green Magic?  Your Major Spoilers review of Mage Book Three: The Hero Denied #12 awaits! Previously in Mage Book Three: The Hero Denied: As her new familiar scouts the upper reaches of The Pit, Magda Matchstick shows son Hugo the items she has enchanted for their escape.  Meanwhile, a desperate Kevin Matchstick plans to seek help from inside the realm of Green Magic.  A sudden encounter with the Questing Beast leads he and daughter Miranda deep into the forest, where the find a portal to the Green Realm in the roots of an ancient tree, but their discovery is interrupted by another appearance of the mysterious Imp.  As the Umbra Mother exacts a terrible toll from her brood to hasten her own recovery, Magda and Hugo finally reach the top of the Pit.

Within the Acheron building (The Umbra Mother’s skyscraper headquarters) Magda and Hugo are confronted by monstrous snake-creatures with harpy faces that will probably be in my nightmares for a few days.  Thanks to her preparation, though, the mother-and-son duo make their way into the elevator and head upward towards escape.  In the forest, Kevin prepares to fight off the Imp, knowing that its presence could cost him his portal into the magical realm.  Instead, his hastiness almost costs him Miranda, and only a last second save involving a leap from the treetops and catching a massive tree trunk in his bare hands staves off disaster.  Unfortunately, the magic mirror is broken, in the fall, which complicates Magda’s attempts to contact him from within the villain’s lair.  Still, knowing that his wife and son are alive reinvigorates his will, causing Kevin to once more go to the ATM with his magical green card.  An attempt to withdraw ten million dollars is unauthorized, and a sudden burst of mystical energy from within the machine destroys his card entirely…

But it may bring salvation.

“IS THAT ANY WAY TO GREET AN OLD FRIEND?”

The final page of Mage Book Three: The Hero Denied #12 is a moment I’ve been waiting for in this series, but it’s also late enough in this volume that I worry it’s not actually good news and I’m super worried about everyone surviving to the end. ‘The Hero Denied’ is, after all, a title with terrible connotations.  Still, this issue is a strong one from an art perspective (especially a sequence where Umbra Mother enters the underworld and is slowly submerged in the black waterfall in her office and a truly horrible series of expressions from Magda after looking in an evil magic mirror) and the short action sequence with Kevin in the forest is really dynamic and visually pleasing.  This issue is all forward motion for the Matchstick family, but there’s a frustrating feeling for me that they haven’t really progressed much in the last couple of installments.  Even with that slowness, we’re definitely in for something big in the last fifth of the series.  I just hope things go well.

BOTTOM LINE: I WORRY THAT THIS WILL END BADLY

Aside from my worries that we’ve been moving slowly, Mage Book Three: The Hero Denied #12 is a strong comic book full of inventive art and an inexorable plot that reminds me of what made the first volume of Mage so fascinating 30 years ago, earning 4 out of 5 stars overall.  If nothing else, I maintain that this book proves that you can write a compelling adventure story about married people with children, and that sense of family helps to define this story and keep it distinct from the avereage comic book experience.