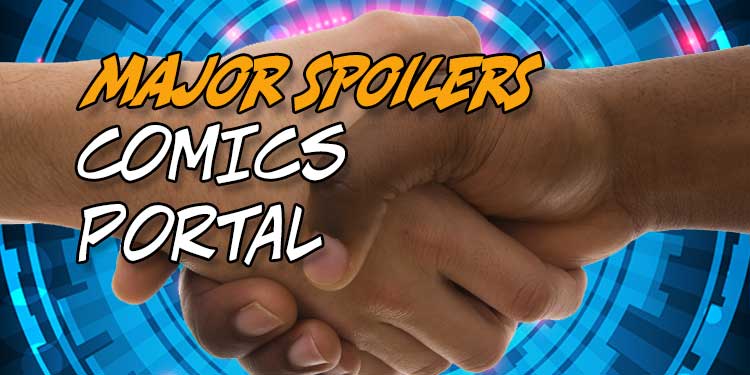 Since I actually had a little extra time this Labor Day holiday weekend, I was looking through some news releases when I came across one that caught my attention. It has to do with Valiant visiting retailers (what we call local comics shops), and they include con appearances.

I really think this is something more companies should do more often. Let me explain why. Here are some of the most important parts of that news release to set the stage. Here’s the opening paragraph:

Valiant is ecstatic to announce the next phase of its celebrated retailer outreach program: #ValiantVisits, a new campaign meant to propel the publisher’s many local retailer partners into the public spotlight!

Notice they are talking about gaining more attention for the local store! Then this paragraph is important:

Starting in Toronto with Fan Expo Canada this weekend from August 30th to September 2nd, Valiant will be expanding its time-honored practice of visiting local comic stores across the continent with an extensive slate of visits at over 30 different locations during nine upcoming comic conventions.

How do you find the locations Valiant will be visiting?

By checking out the hashtag #ValiantVisits, comic fans will be able to track the publisher’s sales representatives as they journey from shop to shop, speaking with local retailers about their business and offering exclusive Valiant swag to employees and customers alike!

What if you want your store to participate?

Retailers, take note: Valiant is now accepting #ValiantVisits inquiries from now through 2019! If you’re interested in bringing Valiant to your local comic shop, whether as part of a local convention or for an individual visit, please reach out to a member of the sales team at sales@valiantentertainment.com.

I can never figure out why Valiant comics don’t sell more than they do. They have great stories and art, and yet they haven’t caught on like they should, in my opinion. Maybe this kind of “personal touch” will be what they need to make a difference.

I’ve often mentioned that one of the most important reasons for being at a convention is that you make contacts that can have important impacts on whatever interests you have. Writers meet artists, and producers meet other producers. It’s critical, I believe, that you get to them if you are a creator.

Many shops have signings with creators. I’m all for that. But it’s not as well known that comics publishers stop by local shops as well.

Since I follow him on Facebook, I know that Joe Pruett from AfterShock has visited many stores across the country promoting their wares. His twin brother Jim Pruett from Scout Comics does the same thing. It’s just a good idea.

Just like at a con, a company representative can make contacts at local stores that will benefit everyone involved. Let’s say you have a Valiant following at your store that you’d like to help become bigger. You get a rep to come to your shop and they meet with the fans there. Those fans then tell others about what they’re reading, and the store gets to make more money when they order more comics.

But that’s not the only benefit. Many shops have one or two people placing orders for their weekly comics. When a company rep comes by, hopefully that person can talk with the owner and/or that person placing the orders. If a good relationship develops, those people can receive helpful information about what’s coming in the near future, something to pass on to appropriate customers. If they know you need copies of their comics, that rep can be sure to either have them with him or her, or facilitate the store receiving them as soon as they can arrange it. Again, it’s show business, and it works!

WE NEED MORE OF THAT Granted, if you’re DC or Marvel, you’re already in the pipeline. If not, well, I think you should be doing more of that kind of thing!

I know it’s tough, particularly if you’re a creator. Most people I know who write or make art tend to be somewhat shy. I know several who still hate being on social media at all, for instance!

But if you are a company trying to make inroads in the market, you need to be out there pressing the flesh and walking the pavement, as some sales people say.

Many organizations will have PR (public relations) people you go to. When I request interviews for my podcast, for instance, most companies prefer that I contact their media relations person. I’ve come to know several of them, and they work very hard to get the word out about the books that company is making.

One thing they do very well is directing me to people I’d like to talk with if I have something specific I want to talk about. At the recent San Diego Comic Con, for instance, when I had questions about IDW working with Marvel, their PR person put me in touch with one of the folks in IDW who knew a lot about it and facilitated me interviewing that person. Much appreciated, and that’s how this is supposed to work!

I know one store that is big on Image. They get creators to attend signings a lot. It just keeps growing their “image,” so I say, as a store to get the best out of your support for the company. They’re known as THE Image shop, and that attracts other Image fans.

I’d like to see more companies do that kind of thing. Really. If we had more company reps talking with local shops, it could help grow everyone’s business!

What do you think about interacting with people from comics companies? Good move, bad one? Do you let your local store know what comics you’re interested in by placing orders or talking with the staff? Whatever your opinions, be sure to share them in the space below!