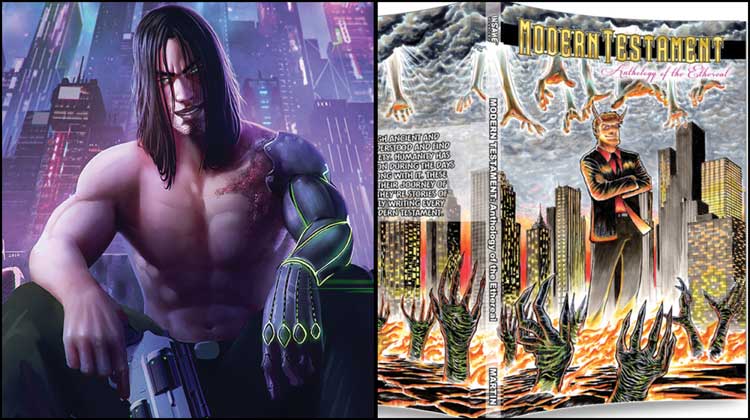 Time for another double-header episode this week! First up is Mark London, a high-power comics creator from Mad Cave Studios. He’s one of the driving forces behind three of that company’s comics, including Battle Cats, the upcoming Knights of the Golden Sun, and Midnight Task Force, a sci-fi cyberpunk book that’s a particular favorite of mine! We talk about these passion projects, what Midnight Task Force is about as well as what the future might hold for that series, and what the company is doing to attract quality new comics creators!

Then everything concludes with the return of Frank Martin from Modern Testament. When we recorded this interview, he was fully involved in a Kickstarter campaign for the collected edition. Since this chat took place, the campaign very recently concluded successfully, so what he has to say is still relevant and important for fans of the industry. Since the campaign has ended, you’ll soon be able to order this volume at this link: https://www.frankthewriter.com/modern-testament.