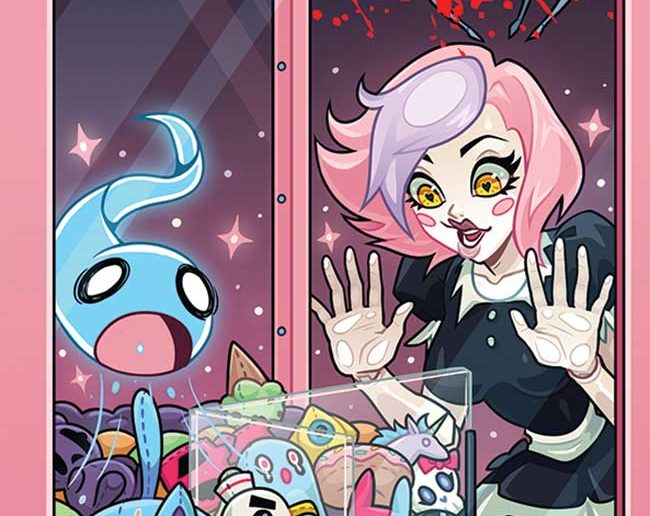 David, a U.S. Army Special Operations Commander, distraught after losing his entire unit to a superhuman attack, wages an absolutely brutal one-man war on the eccentric billionaire and former superhero, Lance Cordrey, whom he believes is ultimately responsible. That is until Nelson Little, the head of a clandestine paramilitary outfit called Article 13, presents David with evidence that Cordrey may be a patsy, and David’s men were killed as part of a vast and twisted government/military conspiracy. Armed with this new information, David must dismantle the machine of said conspiracy piece by human piece while coming to terms with his own mysteriously emerging superpowers and wrestling with sincere doubts about Little’s trustworthiness. Melora seems to have the upper hand, will The Horned Prince save the day? Has Lila put her faith in the wrong person? Can Ivan and Emily make Lila see reason or will blind rage and revenge be her guiding force? The startling conclusion to the greatest video game comic in history is here, and Danielle and her team of programmers will never be the same! This one will have EVERYONE talking!

CBR’s “Top 100” series returns, from the writer of Infinite Seven and Cyrus Perkins and the Haunted Taxi Cab! Cass and Iola find themselves on the wrong end of the bounty game when their former client sends every hired gun in the galaxy to hunt them down. Can the foolhardy duo (and their new alien best friend) make it off-planet in one piece, or has their luck finally run out? Find out in the climactic arc one finale! When Katie’s nemesis Zombie Tramp shows up in her new alternate dimension, instead of picking another fight, she uses it as an opportunity to try and make her way home. The only problem is, she needs to go through hell, LITERALLY, to get there! Just back from hell, on a failed trip to find her way home, Katie can’t catch a break. The Intergalactic League of Vampblades have decided it’s better to take her out, rather than let her cause any more cross-dimensional damage!! As the search continues to find Janey’s original body, Janey continues to try and fight her way out of Black Betty.